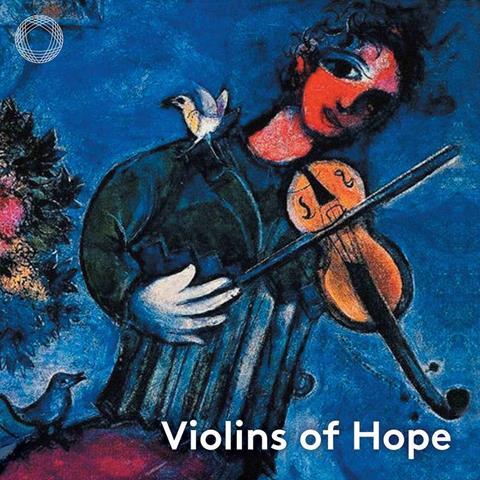 The violins themselves form the focal point of this remarkable disc, instruments that were owned by Jewish musicians before and during the Holocaust, some of which accompanied their owners fleeing Nazi Germany, and others of which remained and were played in the concentration camps.

It’s a powerful, harrowing context, but the question remains as to whether the music featured and the performances of it can reflect that background. They certainly do. These are intensely expressive, provocatively raw accounts, recorded live (though with applause edited out) and shot through with heartfelt emotion and a somewhat unadorned authenticity.

US composer Jake Heggie’s semi-theatrical Intonations was commissioned specially to tell the instruments’ histories, and does so very movingly through mezzo-soprano Sasha Cooke’s dramatic storytelling and soloist Daniel Hope’s swooping, klezmer-inspired lines. From the seething fury of ‘Ashes’, telling of a violin mysteriously filled with human remains, to the pitch-black humour (and Mendelssohn quotations) of ‘Motele’, the story of a violin prodigy who plots his revenge on the Nazi officers who killed his parents, Heggie wrings every drop of vivid musical drama out of his eclectic, all-embracing style.

The Schubert Quartettsatz and Mendelssohn F minor Quartet that complete the disc are somewhat raw and rough-edged, but all the more immediate and compelling for that. Recorded sound is close and warm, with each instrument clearly located in the spatial mix.