Andrew Mellor reviews one of the first concerts to take place in Copenhagen, Denmark, since the lockdown 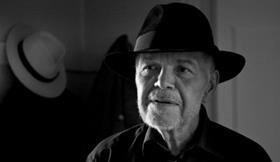 On a hot Sunday afternoon, four local string players gathered to premiere a string quartet trilogy by composer Sven Erik Werner (b.1937), splicing it with Purcell’s Fantasias nos.4, 6 and 7. For 15 years, Werner was principal of the Academy of Music in Odense, Denmark’s third city. His quartet trilogy In aurora, In diem and In nocte concerns itself with the hours of the day from dawn to dusk, but there are existential and religious themes too. For greater clarity, the three works were played in the middle of the church but there were moments, as in the imperceptibly shifting rhythms and harmonies of In aurora, that seemed designed to capitalise on the reverberation.

Elsewhere, Werner’s way of writing would have benefited from more acoustic clarity but their angst, radiance and clear symbolism came across and the quartet, led by Anne Søe, clearly relished the range of idiomatic gestures the composer includes. This is music that deals with big themes, and it shook the city’s chamber music scene back into life with vigour.