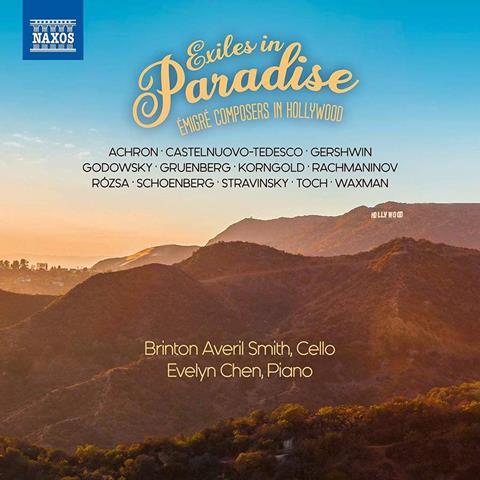 The composers featured here have one thing in common – at some point in the first half of the 20th century, they lived within a few square miles of each other, close to Hollywood.

All bar Gershwin had fled Europe, mostly around the Second World War, and several doubled up as film composers, though with a couple of exceptions it is not their film music that is featured here.

This is a great concept for a CD, and Brinton Averil Smith, principal cellist with the Houston Symphony Orchestra since 2005, conveys his enthusiasm and enjoyment of the music in some sensitive and virtuosic performances with well-balanced and realistically recorded sound.

Dushkin’s transcription of the Berceuse from Stravinsky’s Firebird is particularly haunting, while Toch’s Three Impromptus, a 60th-birthday present for Piatigorsky, are idiomatic and effective in their writing for unaccompanied cello, worthy to sit alongside Britten’s Suites, which they pre-date. Smith brings flamboyance and fire to Rózsa’s folk-inspired unaccompanied Toccata capricciosa and infectious charm to Korngold’s Much Ado About Nothing Suite.