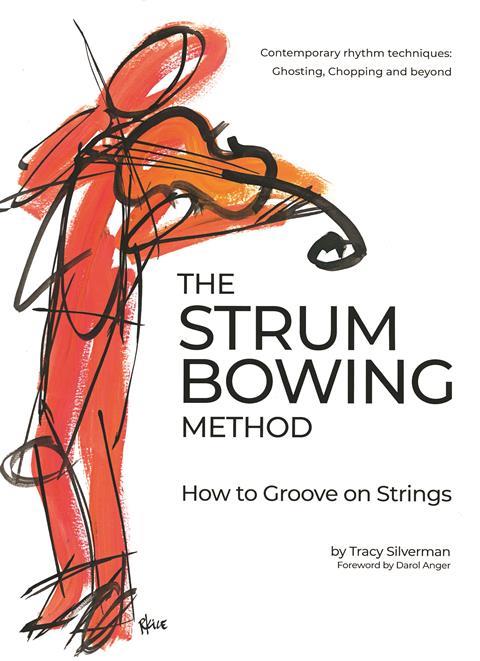 The Strum Bowing Method: How to Groove on Strings

Tracy Silverman is one of the true pioneers who have been leading the way in the ‘alternative string scene’ over the past 40 years. Initially classically trained at Juilliard, Silverman took his own path, became a member of the legendary Turtle Island String Quartet and, as maker of his own electric instruments, evolved a very original way of playing amplified violin. He has premiered concertos for electric violin written for him by John Adams, Terry Riley and Nico Muhly. He also performs originals and arrangements for solo violin with loop pedal and effects, enjoys ensemble engagements and collaborates with orchestras.

When a heavyweight like this speaks up, it is our duty to take a very close look. This is most definitely the case with Silverman’s new book The Strum Bowing Method. String players, he explains, have a reputation for being rhythmically weaker when playing styles like hip-hop, jazz, pop, rock and so on. This mainly refers to players untrained in the above styles, but it is generally a huge challenge for bowed instrument players as opposed to, say, percussive ones. However, the author claims (and proves in his performances) that string players can groove as much as any rhythm section player. The key is to learn to play the groove – not just the melody of a song. A groove is created by a pattern of subdivisions of the pulse in which some are accented, some are not – it’s as simple as that, he concludes. Learning the path that guitarists, drummers and bass players take, simply adjusted for bowed instruments, is his approach to becoming stronger at rhythm and groove in general.

He further explains that the key is in learning how to play (and especially feel) the ‘dropped’ notes or ghost notes with the bow. This rhythm part can be a bit of the music that the player might make up or improvise, instead of it being written down in a song chart.

How to improvise on the violin

The author divides the book into two main sections: the ‘strum’, which is regular bowing across the string, then learning and developing various patterns within that; and the vertical strum or ‘chop’, which then leads to the 3D Strum, a combination of both. The book very clearly explains how to practise and tackle hurdles. At the heart of the method are numerous useful and fun exercises, from well-known melodies such as Deck the Halls in subdivided bowings, to playing complex and hip-sounding grooves with double-stops and chops. Effective practice techniques such as vocalising the patterns, using a shaker to feel and hear the subdivisions, imaginative clues, playing air violin and many other useful tips from the master will help readers to activate their inner drummer and creative side.

What I find particularly notable is the way the author acknowledges he is writing a book about an ‘aural tradition’. So many books miss the point on this, but not this one! The practice ideas Silverman has to help the reader learn the examples are truly great, and possibly an inspiration for other kinds of music teaching. Stressing the use of the voice with written-down syllables is one way he really brings the material across – it’s like experiencing it first-hand, as if in a private lesson with the author.

This publication pairs with his book 22 Groove Studies, a set of progressive string orchestra etudes for middle-school to college string ensembles, based on the ‘Strum Bowing Method’. This seems like a fun and easy way to experience these innovative playing techniques, even without being highly specialised in alternative styles. In short, these two books are groundbreaking in capturing what is going on in today’s scene, and helping string players looking to get their groove on and improve their use of the above techniques. Rush out and get your copy. 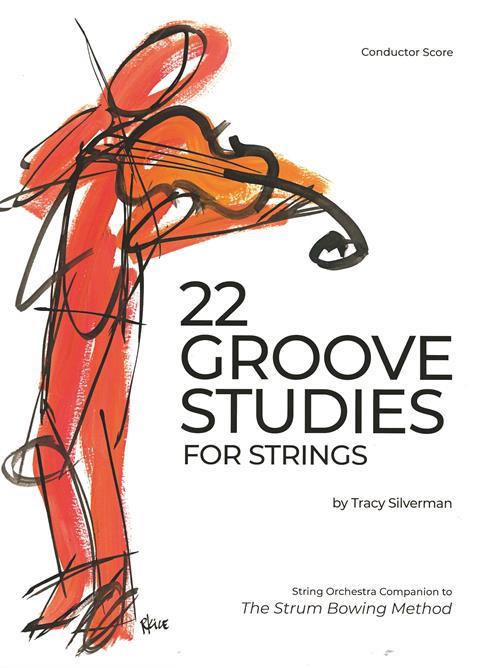