Book review: Bach’s Musical Universe: The Composer and His Work 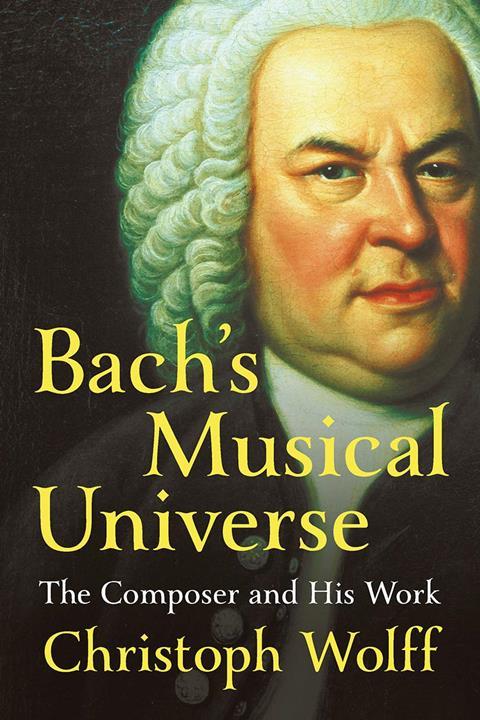 Bach’s Musical Universe: The Composer and His Work

Bach’s Musical Universe: The Composer and His Work

This book, designed to complement Wolff’s biographical Johann Sebastian Bach: The Learned Musician (2000) is no conventional composer/work study. Acknowledging the impossibility of making an adequate critical survey of Bach’s entire output in a midsize volume, Wolff discusses only selected works. He concentrates on ‘distinct overarching designs’ that he regards as ‘discernible planets within the great firmament of Bach’s music’, hence the book’s cosmic title. His choices cut across normal boundaries and were facilitated by Bach’s own organisation of his compositions in carefully designed collections, manuscript fair copies and publications.

Following a prologue in which he posits Bach’s polyphonic genius as the essence of his creative art, Wolff focuses on the two-page catalogue of Bach’s works, centrally positioned in the composer’s obituary (Leipzig, 1750). He suggests that the full extent of Bach’s musical legacy remains unknown, as relatively few of the composer’s works were published during his lifetime. However, those works surviving in single manuscript copies evidently reflect the importance that Bach attached to them; they form for Wolff a series of ‘benchmark’ compositions which reveal Bach’s continual mastery of new techniques, styles and genres. The obituary catalogue thus offers its own narrative of Bach’s evolution and development totally independent of his biography.

Wolff discusses aspects of genesis of his focal works (emphasising primary sources), as well as salient musical features and other important historical and musical details; thorough analyses, however, are not part of his remit. Readers of The Strad will doubtless be most interested in Chapter 3, which includes brief consideration of the works for unaccompanied violin, the Cello Suites, the Orchestral Suites, the Brandenburg Concertos, the A minor, ‘Double’ and ’Triple Violin Concertos and the various sonatas for violin or viola da gamba with obbligato harpsichord or basso continuo. A few nuggets of new insight glisten amongst otherwise familiar material, for example regarding the dating of the solo violin works, their pedagogical value, their predecessors (notably Westhoff’s Suites and Partitas) and their early performing tradition, the instrument intended for the Sixth Cello Suite, the instrumentation of the Brandenburg Concertos and its effect on formal design and the two harpsichord cadenzas composed for the first movement of no.5. However, Wolff seems most comfortable and informative when dealing with the keyboard and vocal works, particularly the chorale cantatas, the Mass in B minor, the Art of Fugue and the Clavier-Übung series.

Easily accessible, Wolff’s text offers a unique glimpse into a large portion of Bach’s oeuvre and engagingly complements his biographical study. Concise illustrative tables are provided for an informative overview of various collections and reproductions of facsimiles of original sources offer much supplemental detail. Musical examples are minimal, not least because scores of Bach’s works are freely available in print and online. Additional concluding material includes a useful chronology, harmonising biographical information with Wolff’s ‘benchmark works’, extensive endnotes and a brief bibliography.