Renaud Garcia-Fons on the Sarabande from Bach's Fifth Cello Suite 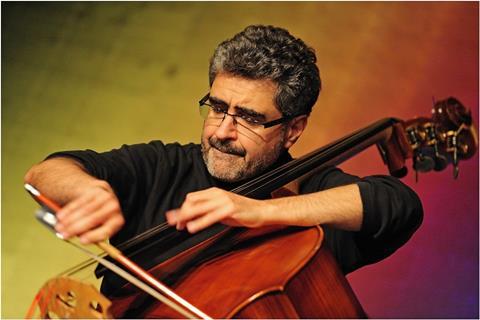 The following is published as part of a longer ’Sentimental Work’ article in The Strad’s September 2017 issue, out now – download the issue on desktop computer or via the The Strad App, or buy the print edition.

Every day I begin my practice session with a movement from the Bach Cello Suites, and most often it will be the Sarabande from Suite no.5 in C minor. For me, it’s the perfect piece to start with; I play scales and exercises as well, but the Sarabande is the piece that helps me remember all the sensations and possibilities of playing the double bass. I feel as though I have a deeply personal and intimate relationship with the Bach Suites as a whole, though I’ve never played any of them on stage.

The Sarabande is by no means the hardest section of the Suites, but in terms of improving intonation, movement and control of the instrument, I think it’s the most productive one to practise – and also the best one for feeling as if you’re in harmony with the double bass. It also gives the most potential for expressivity: it can be played in a way that evokes melancholy, nostalgia, elegance, disappointment, sadness – all kinds of emotions at the same time. The way I play it each day depends on how I’m feeling – and, since it’s the first piece I practise, it generally sets the tone for the rest of the session. If I play it happily, that feeling will likely transfer into the other repertoire I’m working on.

To read the full article, download The Strad’s September 2017 issue on desktop computer or via the The Strad App, or buy the print edition.