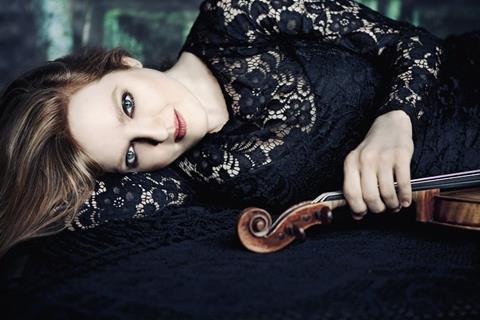 Born in Chicago, the American violinist Rachel Barton Pine debuted with the Chicago Symphony Orchestra at the age of 10. Despite a serious injury on a train in her twenties, which forced her to take a two-year career break, Pine has since performed with orchestras all over the world including the Montreal Symphony, the Russian Philharmonic and the Scottish Chamber Orchestra. She frequently premieres new works, including 'Rush' for solo violin by Augusta Read Thomas, and has a soft spot for rock and heavy metal, often incorporating orchestral versions of rock pieces into her coaching sessions with youth orchestras. She plays a 1742 Guarneri del Gesu 'ex-Bazzini, Soldat' and (for seventeenth and eighteenth century repertoire) a 1770 instrument by Nicolò Gagliano I and her discography encompasses Xavier Montsalvatge, Beethoven and plenty in between.