The Tetzlaff Quartet: is the profundity of Beethoven’s music a barrier to enjoying it?

The members of the Tetzlaff Quartet, who recently released their first Beethoven disc, talk to Tom Stewart about what’s really behind the composer’s late quartets 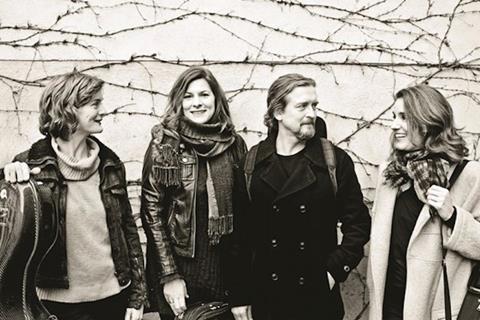 The following is an extract from The Strad’s cover feature on Beethoven and the Tetzlaff Quartet in our June 2020 issue. To read in full, click here to subscribe and login.The June 2020 digital magazine and print edition are on sale now.

Despite the music’s reputation for profundity, it’s clear the Tetzlaff players see its supposed cerebral challenges as a barrier to neither their own nor their audience’s enjoyment. According to Christian, not even the encyclopedic ‘Grosse Fuge’ – the original finale to op.130 that Beethoven’s publisher persuaded him to replace, and which is supposed to have inspired Schoenberg’s own experiments in atonality – is the insurmountable cliff face people think it is. ‘Because of its name and its history, people think, “Oh my God!” But really it doesn’t have to be an exercise in brain power. It shouldn’t be, in fact. The character is the same kind of wild joy that you hear in the Ninth Symphony – it’s a bit over the top and it’s going to hit the audience hard.’

OK, so perhaps Beethoven’s later music isn’t as mind-bogglingly obtuse as some of the mythologising would have us believe – but the ‘Grosse Fuge’ is hardly a Haydn minuet. Here and elsewhere, is it the quartet’s responsibility to act as the audience’s guide? ‘You have to be clear about things like where the theme is, for example,’ says Tanja, ‘and that this or that passage is coming off the beat, but I’d never want to play so plainly that one could point out the features of the music as we play it. It’s a performance, not a lecture.’ Christian agrees: ‘It’s about finding easy ways to make sense of things for the audience. If the texture is really complex, like in certain parts of the fugue, it’s our job to make sure we each play the theme with great clarity, but only so that the listeners’ attention is drawn to the simplicity of the motif. Making too much of the fact we’re all doing something completely different only makes it harder for them.’

The was an extract from The Strad’s cover feature on Beethoven and the Tetzlaff Quartet in our June 2020 issue. To read in full, click here to subscribe and login.The June 2020 digital magazine and print edition are on sale now.