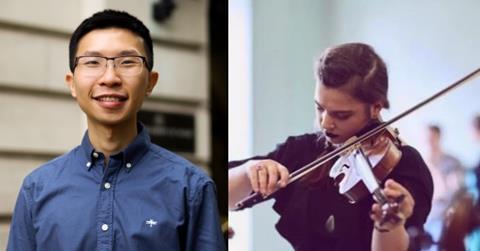 Several years ago, I had the pleasure of performing as a chorister Renaissance choral music at a beautiful parish church in West London. I recall, during one of the performances, thinking how wonderful it would be if more could listen to this sublime music. It was an innocuous thought, more to do with the audience size at the time than with anything else.

Years later, it struck me that my observation had far larger implications than I first realised. In all musical spaces, there are what I term ‘invisible lines’, barriers that may unintentionally cordon off a musical performance from being attended to by a larger audience. A listener newly accustomed to classical music, might for example, find contemporary classical concerts slightly intimidating (I was, for the first time!). Likewise, liturgical music often inhabits a sacred space, one that not all would feel comfortable in.

As a composer keen on inclusivity, I’ve spent some months thinking about how to articulate sacred music such that all are welcome to the table, that all can participate in a musical conversation about sacred music regardless of background.

The Psalms Project is the result of this long thought process, co-organised with US-based organisation Deus Ex Musica. This event, to be held at the October Gallery in central London on 13 January 2022, will feature 4 new violin works by composers around the world, both established and emerging. The composers include Sungji Hong (South Korea), Joelle Wallach (US), Kirsten Strom (New Zealand) and myself (Singapore). The choice of composers is deliberately ecumenical: there are both Jewish and Christian composers from different theological backgrounds.

The pieces are solo violin works, based on various Psalm settings, to be performed by violinist Rita Fernandes. Unlike traditional liturgical works, the choice of instrumentation is intentional. Firstly, the replacement of spoken word with violin melody allows for a wider variance in interpretation of the literary setting. Secondly, the violin also functions as a ‘quasi-voice’; its capacity for intense lyricism can compete with the emotional expressivity of the voice. These two elements are important: they allow for an aesthetic, rather than interpretative, approach to the Psalms. 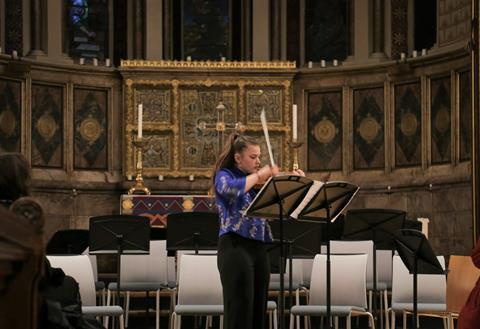 Hosting this event at the October Gallery allows for inclusivity on two fronts. Firstly, as a non-traditional space for music performance (an art gallery), it offers a space for non-musicians to encounter music one would usually only find in a concert hall. Secondly, despite the liturgical provenance of the works, an art gallery allows people of all walks of life to attend to the sacred in a neutral, artistic space.

The event will be in a performance-discussion format, where it alternates between a piece performed and a short discussion between performers, composers and audience. The idea here is to break down one final barrier: that between performers, composers and the audience. The various groups will invariably have different perspectives on the performance. The composers’ listening will be influenced by their memory of how they composed their works, the performer by her prior practice, and the audience by their first-time listening. It will be akin to viewing a sculpture from different angles. It is the same work of art, but the angles, contours and shades are perceived differently. Again, the goal here is to encourage a safe space for multiple interpretations, interpretations that do not create tensions (as competing textual interpretations often do), but allow for a range of musical perspectives to meaningfully co-exist.

On a more personal note, I’ve encountered much division in some communities I was in for most of my life. Sometimes, these communities exclude and marginalise certain groups of people as ‘the Other’. I hope that, by articulating a new approach to sacred music and liturgy, I can encourage a more compassionate, more inclusive approach to faith: one that welcomes and stands up for the marginalised, one that embraces a generous orthodoxy.

More information on this event can be found here.

Free tickets can be booked via this link.