Pointless and terrifying, or essential for musical communication? Playing without the music arouses some strong opinions, finds Laurinel Owen 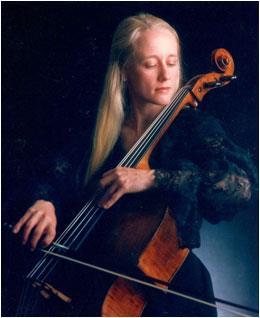 Does playing without the music free the musician to give a more musical, heartfelt performance because of a deeper, more intimate knowledge of the score? Or does it not matter?

Since Franz Liszt first astounded audiences by playing his recitals from memory, a fairly obligatory memoristion protocol has been established. A soloist should memorise a concerto, unless the work is contemporary, while the orchestra and conductor use music. Show pieces should be memorised by the soloist, though the accompanist read the music. After all, most good pianists are so busy they barely have time to look through the music before the first rehearsal - though if they recently played the same repertoire with a different soloist they should remember to annotate the score with the nuances of the new one. A sonata may be played with music, the argument being that it is a duo; therefore chamber music, and most chamber ensembles and all orchestral musicians use the parts. Recordings are usually made with all concerned using the music.

If both players and audiences yearn for the most expressive, communicative and emotionally gripping performance, which one of these concerts will be better: Anne-Sophie Mutter playing Beethoven's Violin Concerto without music or the Alban Berg Quartet playing Beethoven's op.131 with music? Is this an abitrary set of double standards?

Mitchell Stern, professor of violin and viola at the Manhattan School of Music and SUNY-Stony Brook and former first violinist of the American Quartet states: 'If I walk out on stage to perform the 17 minutes of Berio's Sequenza VIII, I could have four music stands lined up across the stage. But both for me and the audience the music is more believable if it is perceived as not being read, but being felt.'

Phyllis Young, cello professor at the University of Texas and author of two books on string pedagogy, believes that playing a string instrument is very visual and that a player should keep their eyes on the job. She asks: 'Would we have faith in a tennis coach who allowed us to glue our eyes on an instruction manual while our hand guided the tennis racket toward the ball? In a sense, I view the printed music as an instruction manual. It tells us the next note to play - and possibly how fast and how loud' Of course there are some noted soloists who maintain otherwise and regularly perform with the score in front of them. Gidon Kremer being only one example.

The anxiety of performing from memory comes not from a fear of memorising but from a fear of forgetting in public. Practising may be hard work, but it is probably not stressful. A memory lapse at the concert, however, can happen to the inexperienced player as well as to seasoned artists. We have all had a personal experience or have heard about disaster concerts by other performers. I once played in an orchestra accompanying a famous pianist in Beethoven's Emperor Concerto. She got so lost inthe opening cadenza that the conductor finally decided the only salvation was to bring in the orchestra.

'For those who are constantly at battle with the demons that interfere with their memory, the resultant fear, stress and humiliation can render the most intelligent and profound musician into a state of onstage paralysis,' confirms Stern. 'For many, failure in the seemingly insurmountable process of memorisation is often an exercise in a sort of tortuous self-fulfilling prophecy. The harder we try, the more pressure we put on ourselves, and the inevitable intrusion of self-doubt gets a stranglehold of our senses. Our first obligation is as artists. We actually have a unique role. Like the actor who brings the written word to life, we must take a collection of notes and breathe air into them, give them meaning. Performing music requires a Zen-like clarity of mind. If we are too busy worrying, thinking and talking to ourselves, how can we truly be listening to our creative voice?'

With ensembles, however, it could be argued that focusing too much concentration on trying to remember what comes next could give a performance the air of an endurance test. Stern concedes: 'In the case of a quartet, the necessity of using music is inherent in the amount of repertoire that must be retained by the players. How many soloists need to hold twenty concertos under their belt for a season?'

Musicians employ four types of memory: aural (the sound of the music), visual (what the music looks like on the page), tactile or kinesthetic (muscle memory - the feeling of where the fingers go and the motion of the bow) and intellectual (analysing the structure, intervals, and patterns in the work).

Read: The 4 stages of memorising music for performance

For some the easiest type of memory to acquire is tactile. The muscles become so used to the repetitive motions that they work even though the mind could be wandering off dreaming about the evening's dinner menu. An Oistrakh student told me the Russian virtuoso used to practise watching American westerns on TV. True or not, it is an example of muscle memory. Relying completely on reflexes is usually not entirely secure. An adrenalin rush or other distractions could startle your brain into dangerous over-activity; suddenly you question your fingers' ability, and you are lost. A story of Kreisler and Rachmaninov comes to mind. The two legends were performing a Beethoven sonata when Kreisler had a memory slip. As he improvised he leaned over to Rachmaninov and asked, 'Do you know where we are?' Came the dry reply: 'Yes. On the stage of Carnegie Hall.'

Aural memory is the ability to hear what comes next in your head. Linda Cerone, violin professor at the Cleveland Institute of Music recommends as part of the memory preparation to practise singing through a work in ones mind's ear. 'I have never experienced boredom in waiting rooms when preparing repertoire, though I have had to curtail this practice while driving because of some near accidents! Being able to remember what comes next is obviously valuable. If you have trouble playing by ear though, you may not be able to find the correct notes.

A secure memory must rely a great deal on the intellect. Irene Sharp, a cello professor at the Mannes College of Music, claims: 'If you know the inner workings of a piece, you know it better. You have to do all your homework anyway; memorising is not an extra.' According to Cerone the process begins early. 'Though I used to have a student memorise a concerto or sonata movement before putting it with piano, now I have reversed that order. For some students I recommend reading through a movement or work three times and then divide it into small sections, working on memory while perfecting the techniques required for a clean and accurate performance. I also have memory exercises involving the playing of scales and arpeggios in all keys with the metronome, in which the success of the performance depends on the order of a series of focuses: relaxation, mental perception of pitches, left-hand finger patterns, rhythm, vibrato pulsation, bowings. Each week I make the challenges a bit harder. It is often a focus that is overlooked that causes a memory problem. If the student encounters no problems, I leave well enough alone. If there is a difficulty, we analyse whether it be form, harmony or a simple interval. I believe that knowledge of the greater picture, such as what is being played by another instrument in any given moment is extremely helpful in memorising.'

Like learning to play fast actually means playing fast, learning to memorise requires putting away the music. Leaving the music open on the stand is a temptation to peek - so close the book. Break the music up into bite-size sections. Trying to commit too much or two little to memory at one time is inefficient. When there is a breakdown don't go back to the beginning. The following day begin working a new section so that the hardest practice is done when you are freshest. Learn thoroughly the bridge passages between sections. Stern suggests: 'From the first day of learning a new piece, walk while you practise. Play a line looking at the music, turn away, and see if it sticks. Turn back, play it again, search for clues. Don't push it. Have patience. This is not a contest. This is about an intimate relationship between you and the music.'

Concentration is the key. mental exercises can help develop the necessary focus. Practise counting out loud, away from the instrument. Ask a teacher or colleague to play several bars or phrases and stop; then you continue and stop. Practise away from the instrument, imagining fingerings and bowings, phrasing and dynamics while hearing it in your mind's ear. If the tactile memory fails, the intellectual can take over. Stern's final advice: 'If a musician's fear of performing from memory supersedes their ability to communicate effectively with an audience, then it's not worth it!'

This article was first published in The Strad's March 2001 issue.