Listening to Brahms’s String Sextet no.1 op.18 is one of the earliest memories of the Juilliard Quartet violist – and might even be the reason why he took up the viola 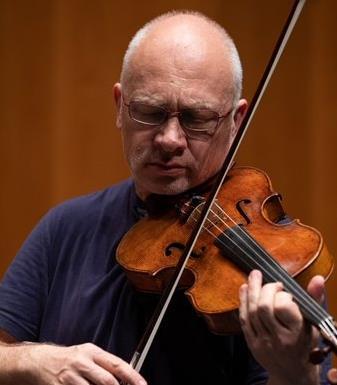 I feel like I’ve known the Brahms String Sextet no.1 in B flat major since before I could talk. That’s not an exaggeration: before they were married, my parents went to see the French film Les Amants, in which the slow movement of the Sextet featured on the soundtrack. They loved it and immediately bought a recording of the piece, featuring Isaac Stern and Pablo Casals. I can still remember the effect it had on me as I was growing up: Casals’s warm playing unfolded the opening cello tune so lyrically, and the textures and characters were so beautiful. Maybe this piece influenced my decision to become a viola player: the viola parts are so mellow and rich that it might have been one reason why I gravitated towards it.

Many years later, when I’d become a professional violist, I was playing with the Chamber Orchestra of Europe conducted by Alexander Schneider, who’d played second violin on that recording. I told him how much I’d always loved the recording, and he said: ‘Oh, that! We’d just been recording the Schubert Quintet and we found we had a little time left, so we sat down and recorded the Brahms too!’ I’ve often wondered how true it was – there’s a significant wobbly moment in the performance, which you might expect them to have corrected, and their very generous tempos give the lovely feeling of discovering the music together, but on the other hand they listen to each other very well, it’s so beautifully balanced, and the fast third movement is so tight that you think they must have had at least some rehearsal. Listening back to it now, I’m struck by the unforced beauty of the voices, the many charming turns of phrase, the soulful inflection and many magical moments, such as the intimate and wise way Casals plays the theme at the end of the slow movement.

In my early twenties I joined the Raphael Ensemble, which played a lot of music for broadcast on the BBC. One of the radio recordings we made was of the Sextet, and in my youthful naivety I sent a cassette to Ted Perry, owner of Hyperion Records, with a humble note asking if he might like to listen to it. He got back to us to say he liked it, and so my first ever CD was of the two Brahms sextets. I was playing second viola alongside Sally Beamish, and I can recall our sectionals together: we worked on the beautiful parallel viola passages, enjoying the subtleties and skills of wordless, empathetic chamber music playing. As I’ve continued to play chamber music throughout my life, it’s been an essential part of my musical training.

Brahms has always been my favourite composer and I still think he’s the best at writing for the viola. For some reason he understood the warmth, beauty and passion of the viola voice – a vivid example is the third movement of his Third Quartet, when he asks for all the instruments to be muted apart from the viola. It’s a treat to play because you don’t have to worry about balance for a change! And the slow movement of this sextet begins with one of his most stirring viola solos.

Sextets are in some ways at least as hard as quartets to play well, as you really have to listen and think about balancing six voices all the time. It’s especially hard in this case, as there are so many beautiful things going on that you want to hear them all. At festivals, students always get this piece out to read. They play it with such love, but it can very easily all get too loud! I advise them to be aware of the voice leading – how the melodies pass from one player to the other. There’s so much going on that you have to find ways of being colourful, but without turning into a wall of sound. I often describe it as ‘translucence’ – making something beautiful that you can also see the other beauties through.