James Ehnes gives his thoughts on the composer’s celebrated F major Sonata, disputing some accepted conventions and providing annotations for the first and second movements. From March 2016

Everybody loves the ‘Spring’ Sonata; you can’t find a more beautiful or respected piece of music. It’s also a wonderful introduction to classical repertoire for audiences who might worry about classical music being inaccessible. In some senses Beethoven was meticulous: he was very careful about his notation, for example. But although he was stylistically consistent within periods of his life, he was not consistent between one period and the next. The more of his music we know, the more thorough our understanding of his intentions and writing style at different times becomes. I’ve played virtually all of his chamber music now, and that has given me a much more complete sense of his compositional style. It has also given me clearer answers to certain questions, such as whether or not to do a turn at the end of a certain trill. 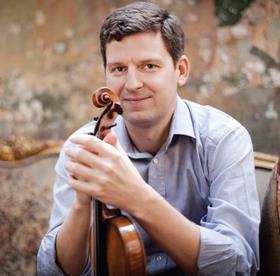 In the ‘Spring’ Sonata, there aren’t too many questions to ask: it’s remarkably clean and clear, and Beethoven is very careful to write out exactly what he wants. But there are things that performers overlook: in the passage from bar 38 onwards in the first movement, the descending notes are staccato crotchets (♩); in bar 54, the ascending notes are staccato quavers (♪). They have different note values, but people often play them in exactly the same way. That is a mistake: they are written this way every time and Beethoven did not do that by accident.

Sometimes people seem to think it’s more important that their interpretations be defensible than beautiful, and that’s absurd 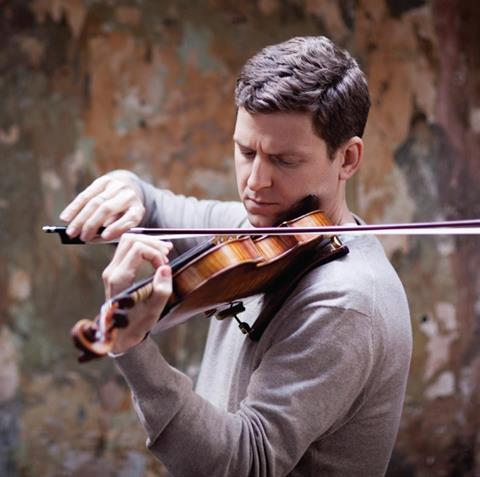 Another thing to avoid is an academic conviction that several sforzandos in a row indicate a crescendo. Often this makes sense, because the musical line is moving in a certain direction – again from bar 38 in the first movement, for example – but that doesn’t mean it’s a rule. Our first thought should be about what is musically effective. Sometimes musicians agonise over whether a dynamic marking is supposed to apply to the first semiquaver (𝅘𝅥𝅯) of a bar or the second, and sometimes these things make an enormous amount of difference, but at others you look at a manuscript and any idiot can see what it’s supposed to mean.

It’s a constant interpretative challenge to make sure that you never contradict what the composer has requested, but also to make sure that you’re not protecting yourself intellectually by only doing exactly what is written on the page. It can be hard not to have that attitude these days, because we’re all obsessed by the latest editions and musicological findings, but sometimes people seem to think it’s more important that their interpretations be defensible than beautiful, and that’s absurd.

Much of this piece is very smooth and lush; but it also alternates smoothness with crispness and precision, as in bars 23–24 of the first movement. It’s important for the right hand not to be lazy, and to have real strength in the fingers. Be careful that you don’t fall into playing only with crisp articulations or with smooth articulations. One student issue I often see is that the combination between the two isn’t as quick or precise as one would have wished.

We live in an age of recordings when you could listen to a CD, put your metronome on, fast forward to later in a movement and say, ‘But they’re not keeping the same tempo.’ Who cares? Nobody listens to music like that – that’s not what it’s about. As long as your transitions are logical and you play a particular section at a speed that seems inevitable, then what difference does it make if it’s the same or a little bit different?

It’s important for the right hand not to be lazy, and to have real strength in the fingers

There is room for flexibility in this sonata, provided that you don’t change speed radically from moment to moment. For example, it is very natural to feel the opening of the first movement at one pace, and then for the music to move on from bar 38. We just have to find ways to make that transition happen in a logical and natural way, so that the music doesn’t sound fragmented.

A recording of the Beethoven sonatas that I grew up listening to is the complete set by Ashkenazy and Perlman, which has meant a lot to me since I was a little boy. Back then I never dared to hope that I could be playing the violin with that pianist one day, but Ashkenazy has become someone I’m very close to, and I have worked with him both as a conductor and as a pianist. It’s fun to listen to that recording today, from a different perspective.

I also listen to a lot of Heifetz: his playing doesn’t have anything to do with the way I interpret the music, but it is so compelling that there’s always something to be gained from listening to him. Another recording I think all violinists learning Beethoven should hear is of Kreisler and Rachmaninoff playing the Eighth Violin Sonata (see box). 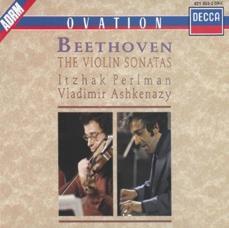 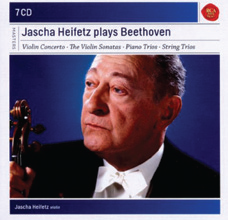 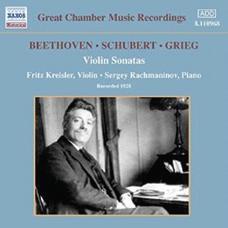