In this extract from the August 2013 issue, Colin Carr, Professor of Cello at the Royal Academy of Music, shares his thoughts on using the technical studies to create fluidity in music making 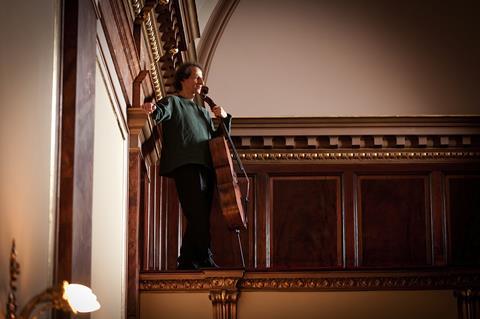 This is an extract from the article Popper cello etudes: Rites of passage, which appeared in the August 2013 issue.

I first encountered the Popper studies when I was at the Menuhin School – Maurice Gendron asked us to play a few of them. But soon after I left, when I was in my late teens, I decided I’d play them all, from no.1 through to no.40. For me, working through the whole set was very valuable, but then I do all sorts of crazy things with the cello that I’d never suggest anyone else should do. I’ve never asked any of my students to play them all – but if someone showed enthusiasm for doing it, I’d back them to the hilt. It was a very time-consuming project for me – it took the best part of a year. But it’s like practising scales: if you just play them in the easy keys, you haven’t covered all the bases.

You can certainly cherry-pick Popper studies, but if you play them all, you’re much more likely to have covered everything in terms of technique.I don’t play all 40 of them now, but I fall back on a couple that I play regularly – nos.4 and 33. Somehow they’re a kind of benchmark for me, so that I know I can still play the cello. They’re two of the most difficult ones, involving a lot of shifting within slurred bowing – which is always harder because you end up with glissandos – as well as lots of string-crossing. It’s not just playing in tune that’s the challenge: it’s really the fluidity of the playing, and I enjoy that very much.

I think I sneered at the Popper studies when I first encountered them, for being not very good music, and somewhat academic. It was only later that I came to value them as supremely sharp tools. But I actually quite enjoy the music in them as well. In any case, I have an ethos in cello playing, which is that it doesn’t matter what I’m playing, be it a great concerto or a C major scale – if I don’t make music out of it, I might as well not bother. So I’ll always do my utmost to make music out of a Popper study, and I think you can make music out of them all. Nos.9 and 13 are great double-stopping studies – if students tell me their intonation deserts them when they have to play double-stops, I recommend those studies.

I’m not a great assigner in my teaching, but if a student comes to me with a particular technical problem, I’ll immediately suggest a Popper study that addresses it. There really is one for every problem in the book. They’re excellent for making a diagnosis of someone’s problem and then acting as a tool to solve it. But you have to look at them as pieces of music. The more rigorously and methodically you practise them, the cleaner they will become. But unless you remember that they have a shape, phrasing and direction, and that you should use expression and not just think about playing in tune with a decent sound, the playing won’t be as good as it could be.