I gave up a Montagnana for my c.1696 Cappa cello, says Jean-Guihen Queyras 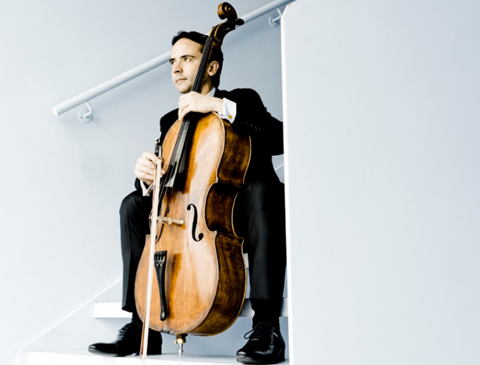 The following is an extract from an article in The Strad’s January 2021 issue in which cellist Jean-Guihen Queyras talks about recording Beethoven during the pandemic. To read in full, click here to subscribe and login. The January 2021 digital magazine and print edition are on sale now.

‘Last year I was given a Montagnana cello to try,’ says Queyras. ‘My whole life I had dreamed of a Montagnana. When I got the call, I was jumping to the roof!’ After some months, though, he wasn’t convinced. He played it to his cello class at the Freiburg University of Music, and compared it with his c.1696 Gioffredo Cappa cello. ‘With the Montagnana, they listened and could say, “The cello is there.” With the Cappa, the sound was smoother and more caressing, and somehow it was everywhere in the hall.’ Just a year later, the Cappa – on loan from the Mécénat Musical Société Générale since 2005 – won him back. He describes it as a tenor instrument, slim both in shape and sound: not ‘fatty’, but slender and projecting, with a warm bass.

He uses two bows: a heavier one by Thomas Gerbeth in Vienna, for 20th- and 21st-century repertoire, and a lighter Tourte. ‘The Tourte is an amazing bow that I acquired only a year and a half ago and I am very much in love with,’ he says. The ferrule of the Tourte is curved, meaning that the hair is not as tight towards the bow’s outer edges – a small detail which he finds has a significant impact on his sound. ‘The hair is slightly looser, so it’s more supple and progressive when it reaches the string.’