Recording Beethoven’s ‘Triple’ Concerto last June allowed French cellist Jean-Guihen Queyras to step back into near normality, among colleagues and friends. He tells Pauline Harding about recording at a social distance 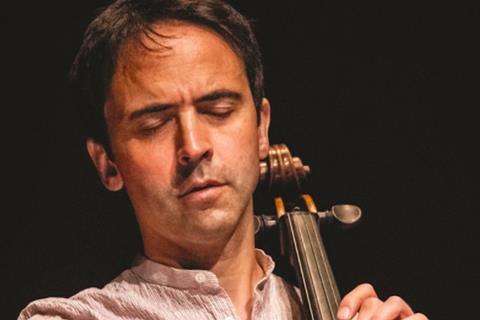 The following is an extract from an interview with Jean Guihen-Queyras in The Strad’s January 2021 issue. To read in full, click here to subscribe and login. The January 2021 digital magazine and print edition are on sale now.

Jean Guihen-Queyras, Isabelle Faust, Alexander Melnikov and the Freiburg orchestra release their latest recording, of Beethoven’s ‘Triple’ Concerto, in February. Work took place during two intense days at the Teldex Studio Berlin in June 2020, once quarantine rules enabled Heras-Casado and Melnikov to reach Germany, and plans had been made to keep everyone 1.5m apart. ‘Simply being in the same room with other musicians, combining sounds again, creating harmony, experiencing rhythm, was very emotional and intense,’ says Queyras. ‘Whether you’re 1m or 1.5m from each other, in the end it doesn’t make such a big difference. It felt almost normal.’ Of course, he points out, it might have been a different story had any one of the concerto’s protagonists ‘not felt so much like family – especially because two days is not much time for such a masterwork. It’s a very dense, demanding piece, particularly for us cellists. But with Isabelle, there is something about the way we both start a phrase, the way we put the bow on the string, the way we breathe, the way we use vibrato and choose our intonation. Our choices go very naturally in the same direction.’

Key within their interpretation of the Beethoven is the use of a fortepiano and gut strings, which have an enormous impact on the overall sound colour. ‘The fortepiano is a strong game changer in this combination,’ says Queyras. ‘It’s much more percussive, lighter and more transparent than a modern instrument. And the gut strings give you a crisper attack, but at the same time they are lighter and more supple. They almost always react in an unexpected way, so it puts you on edge. It’s more like playing a living thing than a metal string! Then the strings of the Freiburg Baroque Orchestra can be so biting and rough’ – he accents his ‘r’ and pushes out the rest of the word with a rush of air – ‘in moments when you want it.’

He is keen to dispel the idea that just because the piece is neither solo concerto nor piano trio concerto, but a concerto for three separate instruments, it is somehow inferior to Beethoven’s other works. ‘There has been a lot of talk about the idea that there is “deeper” Beethoven and “lighter” Beethoven, and that the “Triple” Concerto is somehow less existential,’ he says. ‘I disagree strongly. I have a passionate love for this work. If you compare it with late Beethoven, of course, it is a more positive, civil type of music. But the conversation between the soloists and the orchestra means that it doesn’t get superficial at all, and the beauty and depth of it is overwhelming. There are moments which are just absolutely breathtaking.’