How to develop secure intonation, by cellist Maria Kliegel 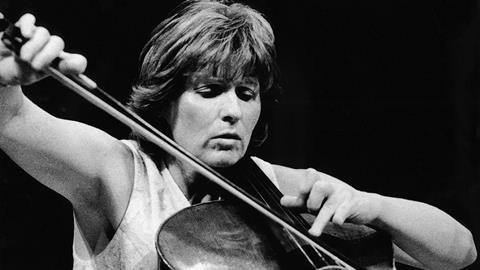 When performing I want to say something and make it convincing immediately, not at the third attempt. Each passage must be perfect every time, so I need the knowledge and training to back up my musical decisions. My cello professor János Starker taught me what freedom sounds like: being very critical by learning to identify and solve problems.

Secure intonation is basic. We must learn exactly where the fingers go and how flexible each joint needs to be. This is best done by playing all the possible double-stops in each position, which will develop strength and ability to hear intervals. If you include all the half-positions, there are eight in which we use four fingers; at the shoulder of the cello there are four positions that use three fingers; and if you also count those that use the thumb there are many over the whole fingerboard. Each must be thoroughly established.

I like to begin with the outer fingers, using no vibrato. In the lower (four-finger) positions first and fourth fingers will form either a seventh or a third. Putting my first finger on E on the D string, the fourth finger plays either D or D sharp on the A string. Switch strings and the first finger will play a B on the A string and either G or G sharp on the D string. The pitch can be checked by referring to open strings or harmonics. When all these are in tune we can continue to find the remaining double-stops for that position. It’s important to learn all the two-finger combinations in every position. Keeping the fingers naturally curved is impossible – they have to bend in all directions to play double-stops in tune.

As we move up the fingerboard the positions with the first finger on F, F sharp, G and G sharp on the A string are uncomfortable because of the awkward stretch between second and third fingers. Prepare these double-stops as if your fingers are in a cage, but when playing single notes release the tension, add vibrato and curve the joints to keep them healthy. I keep the angle of my fingers at 45 degrees in all positions, as on the violin, so when I shift up the fingerboard I don’t have to rotate my hand. Connecting positions chromatically up and down helps your body to remember and take over, which gives a feeling of security.

In thumb position the thumb must stay over two strings, otherwise the hand is not balanced, like walking a tightrope – one foot in front and one behind, which is wobbly. It is your silent helper and should press down a bit more on the string that you’re playing. Like an anchor thrown off a boat in the middle of the ocean, if the thumb lands properly the fingers can find their way to the right notes. (A famous exception to this is during the high trills in the first movement of the Kodály Sonata, where it is easier to put the thumb under the fingerboard.) If the thumb is up in the air, as it often is with young players, the hand loses suppleness.

Depending on the musical context I also decide how many fingers to put down and with how much weight. This precise discipline doesn’t stifle my musicality. After we have analysed, dissected and torn apart, we then have the tools to produce our interpretation.

This article was first published in The Strad's March 2006 issue.

Read: Yuri Zhislin on the 6 pillars of violin playing

Read: ‘When Mandela asked how I was, I admitted I was nervous’ - Maria Kliegel on Hommage à Nelson M.: Sentimental Work