‘He could hear and see talent, and he loved it’ - Pinchas Zukerman remembers Isaac Stern

Zukerman shares his memories of his mentor Stern, in honour of the great violinist’s 100th anniversary 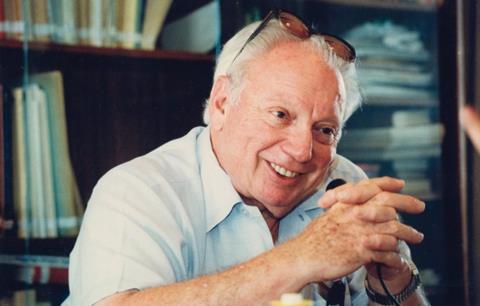 Isaac Stern was one of these extraordinary characters with an unbelievable curiosity and ability to communicate and convince, as speaker, as fiddle player, as politician. He had could hear and see talent, and he loved it. It didn’t matter if it was on an instrument, or in sport, or politics, or as an intellect – he went to it like bees to honey.

He talked to anybody that would listen to him, because he wanted to tell them what he thought, and they listened to him because he had this unbelievable character. He had that charm, with royalty, with aristocracy, with billionaires, politicians, the men on the street. We’d walk into the deli in New York, and every waiter would say, ‘Hey, Isaac! Come over here, I got a table for you! Sit down!’ And he’d take a pickle right out of the jar and start munching on it, then he’d get a corn beef sandwich that was a floor high, and he’d take most of it home.

He had that nurturing ability, and he had this kind of aristocracy of his own, that he built in, that he learnt. He spoke many languages; he knew culture, he knew art, he knew music. He confronted people that deserved to be confronted. It was all in his soul.

At the dinner table at the Stern household, sometimes the whole family – his wife Vera, and their two sons and daughter – all started arguing with each other, for no reason except curiosity. I sat there completely enamoured by this. Vera had a nose for things and aspects of people’s characters like no one I’ve ever met. Isaac both learned from her and suffered because of her, and yet for 43 years they were together and they had an extraordinary impact on so many people. I was like a third son, and I was lucky to be there.

When he was at the top of his form, hearing Isaac play was like looking at an incredible painting or sculpture by Michelangelo. You don’t try to describe it: you just go, ‘Oh my God, that’s amazing!’ I will never forget his Mozart G major Concerto in Israel, when I was 11, or his Brahms Concerto with Charles Munch in Paris, after we had stayed up until 3am eating and drinking the night before. It was unbelievable; it brought the roof down. When I see something that extraordinary, I’m just out of breath.

When we travelled together, I’d walk into his room and all of a sudden there’d be room service with bottles of whisky, bourbon and wine, and shrimps, oysters, lobster, crab – he always loved to have huge platters of seafood. And then we’d go somewhere new two days later, and guess what? Same thing! He wanted to live life and share it with his friends.