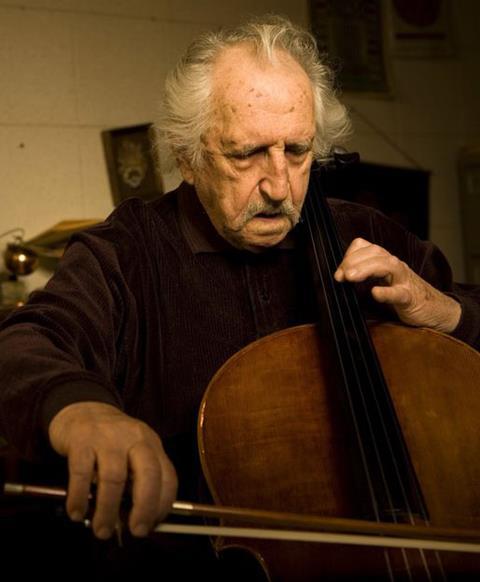 American cellist and composer Fred Katz has died at the age of 94. Classically trained, Katz was credited as the first musician to explore the cello's potential for jazz improvisation.

Born in New York in 1919, Katz studied piano and cello as a child, and took lessons with Leif Rosanoff, who had studied with Casals. Katz went on to perform with the National Symphony Orchestra in Washington DC. During World War II, he served in the US Army and twice performed for President Roosevelt at the White House.

In the 1950s he was drawn to the Los Angeles jazz scene, where, as a member of the Chico Hamilton Quintet, he made his name as the first jazz cello star. As a musical director, arranger and composer, he worked with singers Lena Horne, Carmen McRae and Tony Bennett, and his other collaborators ranged from Eric Dolphy to Sidney Poitier and Harpo Marx. Katz made a number of records under his own name for Decca in the late 1950s, including Soulo Cello and Fred Katz and his Jammers.

He composed throughout his performing career, and after his official retirement in 1990. His music includes a Concerto for Cello and Jazz Wind Orchestra, a Violin Sonata, and a number of pieces for solo cello. His work in TV and film included scoring three movies for cult producer Roger Corman – The Wasp Woman (1959), Bucket of Blood (1959) and The Little Shop of Horrors (1960). He also appeared, along with Chico Hamilton, in Sweet Smell of Success (1957), starring Burt Lancaster and Tony Curtis.