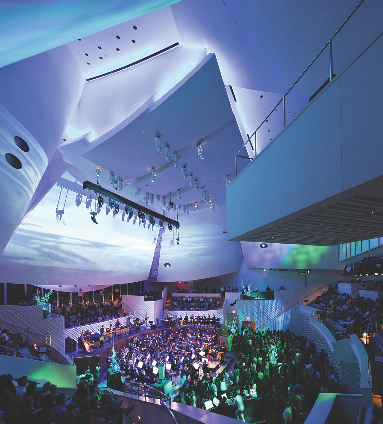 The Miami-based New World Symphony (NWS) has completed a four-year study tracking the effectiveness of alternative concert formats. The orchestra wanted to see how successful its alternative formats were at attracting new audiences, and how those audiences then engaged with the orchestra. Beginning in 2010, the orchestra set out to develop and test a range of different formats, including 30-minute mini concerts; a late-night, lounge-style series called Pulse (pictured); and hour-long Encounters concerts integrating narration and video. The study found that these alternative formats attracted more than double the number of new concert-goers than traditional-format programmes, while also increasing audience diversity.

The findings echo other orchestras’ experiences with alternative formats. The London-based Orchestra of the Age of Enlightenment (OAE), for example, has run its Night Shift format, which often includes support acts and DJs, since 2006. The OAE’s creative programming director William Norris said: ‘With Night Shift we get a different audience from our regular concerts: 85 per cent are under 35, and around 30 per cent are students. Between 15 and 20 per cent of the audience each time is new to classical music.’ The orchestra has gone on to develop another format for the older minority of Night Shift attendees, some of whom were being brought along by their children and reported feeling somewhat out of place.

Both the OAE and the NWS stressed the importance of listening to audiences in order to evolve new concert formats. Researchers from the firm WolfBrown, who evaluated the NWS alternative formats in collaboration with the orchestra, noted: ‘High-quality critical feedback from audiences is an essential step in the product development cycle, a view not universally acknowledged by orchestras.’