‘We are facing the loss of our livelihoods’: Petition to save ENO from funding cuts

The opera company faces a potential move out of London, putting the jobs of thousands at risk 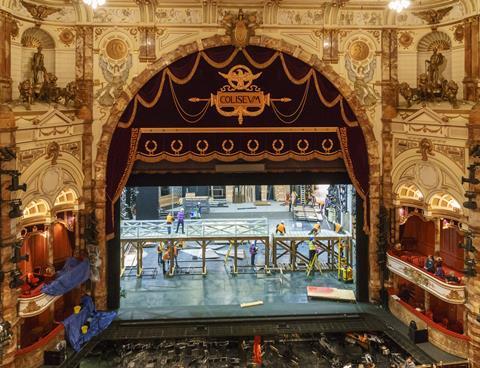 A petiton has been signed by over 28,000 people calling for the English National Opera (ENO) to have its Arts Council England (ACE) funding reinstated.

The ENO has fared poorly following the announcement of ACE funding on 4 November, with its funding slashed from an annual £12.8m grant to only £17m over three years. This has forced the company to consider moving out of London, potentially to Manchester.

A statement from ACE read ’We require English National Opera to move to another part of England if they wish to continue to receive support from us … ENO’s future is in their hands.’

’The careers of singers, musicians, technical staff, creatives and other skilled workers both permanent and freelance will be at risk,’ reads the petition. ’Hundreds of thousands of audiences in London and nationwide, on broadcast and digital will be without opera. Fund the ENO to continue their vital contribution to London’s global cultural status as well as supporting their levelling up agenda nationwide and their groundbreaking ENO Breathe NHS programme for long Covid sufferers. ENO is Opera for Everyone!’

Among those whose livelihoods are at risk with the funding cuts are the orchestra members.

‘The orchestra heard about the devastating cut in our funding, along with the rest of the company, without warning on Friday,’ Duncan Anderson, co-principal viola of ENO told The Strad. ’We are left feeling shocked, baffled, heartbroken, and fearful. It will clearly not be feasible to relocate the orchestra given the funding and time available, so we are facing the loss of our livelihoods in the very near future, along with around 250 others throughout the company.’

Anderson pointed out that many of his colleagues in the orchestra had given 20 or even 30 years of service to the orchestra, ’and a future without it seems unimaginable. ACE have got it badly wrong by cutting ENO’s funding and we urge them to reinstate it.

’In the meantime, we continue doing what we do best, to play our hearts out in the pit each night to deliver performances of the highest quality for our audience.’ Anderson concluded.

Arts organisations around the country are heading into unknown territory following the cuts. The Royal Opera House, also based in London, has had its grant reduced from £25.2m this year to £22.2m for the next three years. The Welsh National Opera (WNO) has had its funding cut by a third to £4m a year, while Britten Sinfonia received a 100 per cent cut of its ACE funding.

Read: Analysis November 2022: ‘The gigging system is not set up for fuel to be this expensive’