The Czech musician joins the roster for representation in Austria, Germany and Switzerland. 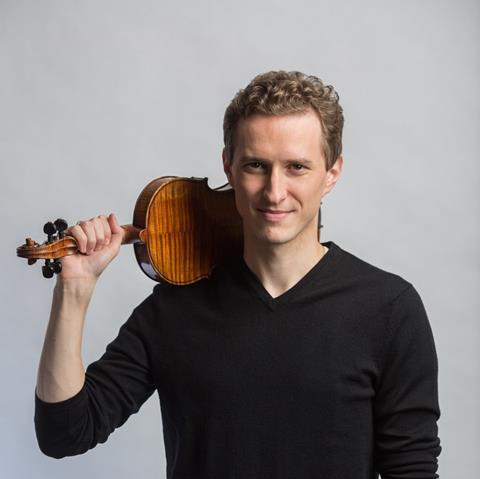 Intermusica Deutschland has announced that it has recently signed Czech violinist Josef Špaček.

He then became the youngest ever concertmaster of the Czech Philharmonic Orchestra. The orchestra named him associate artist in 2016 and he appeared with the orchestra as a soloist on many occasions during his tenure, especially under Jiří Bělohlávek, with whom he released an album of Dvořák and Janáček violin concertos. Špaček left his concertmaster post at the end of the 2019/20 season to focus on his solo career.

Špaček’s other recordings are also devoted to the Czech violin repertoire and include recordings of all Ysaÿe’s solo sonatas and duos, performed together with cellist Tomáš Jamník. He is also a sought-after chamber music partner of Yuja Wang, Gil Shaham, Kian Soltani, James Ehnes, Mao Fujita, Clemens Hagen, Noah Bendix-Balgley and Miroslav Sekera, and has made chamber music guest appearances at the Vienna Konzerthaus and at the festivals in Évian, Verbier and Bad Kissingen.