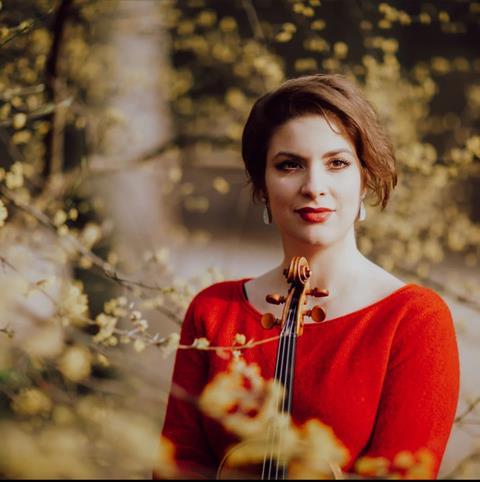 Violinist Ioana Cristina Goicea has signed with the artist management company Iberkonzert, who will represent Goicea exclusively in Spain, Portugal and Latin America.

In a post on her Instagram last week, Goicea said that she was ‘so excited for this collaboration and new fantastic engagements,’ encouraging her followers to ‘stay tuned’.

Since then, Goicea has received prizes at the Queen Elisabeth Competition in Brussels and is a violin professor at the University of Music and Performing Arts in Vienna. She has recently performed with Sol Gabetta, Lawrence Power and Patricia Kopatchinskaja at Solsberg festival in Olsberg, Germany.

Goicea studied at the Hanover University of Music, Drama and Media and the University of Music and Theatre ’Felix Mendelssohn Bartholdy’ Leipzig, where she worked with violinists Krzysztof Węgrzyn, Mariana Sîrbu, Pinchas Zuckerman and Saschko Gawriloff.