The Venezuelan-Italian violinist will begin the post in October 2022 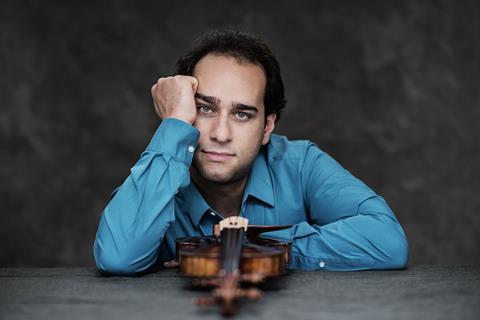 Giovanni Guzzo has been appointed professor of violin at the University of Music and Performing Arts Graz. According to the Classical Concerts Agency in Hungary, Guzzo will begin the role on 1 October 2022 for the winter semester.

’I’m extremely honoured and excited to become a part of such a prestigious and dynamic institution as the University of Arts in Graz,’ Guzzo told The Strad. ’Its long-standing tradition of nurturing outstanding young international talent, and offering them the highest quality tuition from some of today’s leading pedagogues and performers, makes this new adventure an incredibly exciting one for me.’

A protégé of the French violinist Maurice Hasson, Guzzo is a graduate of the Reina Sofia School of Music in Madrid, as well as the Royal Academy of Music, London, where he has also served as a violin professor. He is the concertmaster of Camerata Salzburg and has performed with Joshua Bell, Martha Argerich, Martin Fröst, Miklós Perényi, Daniel Hope, Stephen Hough, Mats Lidstrom, Gerhard Schulz, Gábor Takács-Nagy, the Maggini and Takacs Quartet.

Guzzo has performed on several occasions for the Royal Family, including a performance for Her Majesty the Queen on the famous ‘Viotti ex-Bruce’ Stradivari violin. He currently plays on a 1759 Gennaro Gagliano violin, on extended loan to him; and a bow by T. Baker awarded to him by J&A Beare.

Read: Analysis September 2022: ‘It’s not about transforming your school overnight; this is going to take time’