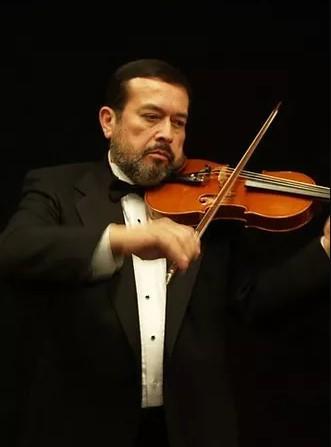 US violinist, pedagogue and instrument dealer Normal Bernal died of Covid-19 on 7 September aged 75. A member of the Atlantis Quartet in Georgia, he was also a well-known teacher at schools and conservatoires around the state.

Born in Lima, Peru, in 1945, Bernal won a scholarship to study at the city’s National Conservatory of Music at the age of seven. He then went to America, where he received a masters in music education at Andrews University, Michigan, and a doctorate in violin performance from Ball State University, Indiana. He also studied conducting with Robert Hargreaves and Herbert Blomstedt.

Bernal also spent time learning how to make violins, studying with Christian Bryder of Chicago firm Lyon & Healy, and later with Anders Halvarson (see The Strad, November 2019). He later moved to California, where he received tuition from Hans Weisshaar and Ernest Wild.

Bernal spent five years teaching the violin at Pacific Union College in Angwin, California, where he was also its orchestra director. He then settled in Atlanta, Georgia, where he opened his own shop, Bernal Violins, and began performing and conducting. He joined the Atlanta Virtuosi Chamber Orchestra and taught at a number of schools until his retirement in 2012, although he continued to teach at various institutions beyond that time.