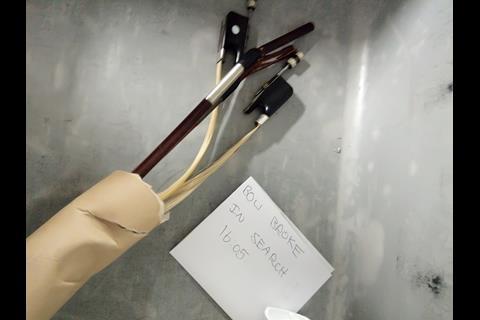 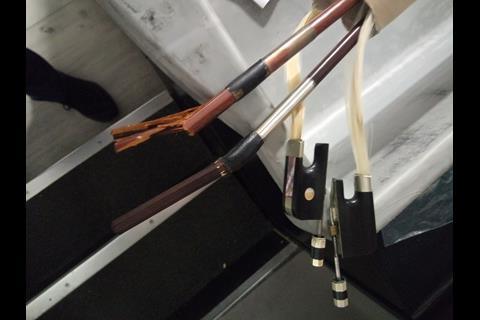 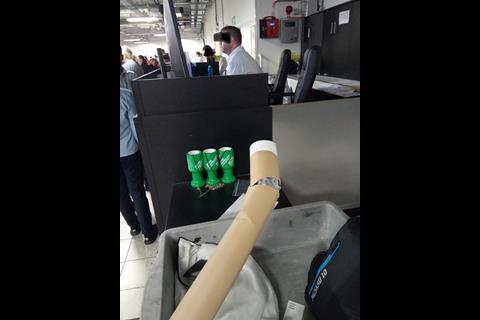 Cellist and Strad reader Felice Bellini got in touch with these distressing photos which he took at Luton airport.

He had two bows packed in a carboard tube which he asked the security staff to inspect separately, rather than putting through the x-ray machines. Bellini says they refused, and having gone through the machines he picked them up at the other end to find the tube crushed and the bows broken.

Bellini says that his complaint was not met with sympathy, but rather the suggestion that he was wasting time and would end up missing his flight. He also claims that initially his was just given an email address to complain to and the staff would not write a report or take pictures. Eventually a member of staff did photograph the damage.

However, Bellini contacted the airport customer service and was told they are not liable for the damage.

Subesequently, however, the airport responded to a request from The Strad with the following statement: ‘We would like to apologise to Mr Bellini that our service fell short of his expectations on this occasion. As a gesture of goodwill we have agreed to reimburse him for his losses.’