The auction is part of a celebratory fortnight, from 24 February-10 March, where Music Masters highlights the work of its Ambassadors and Artists 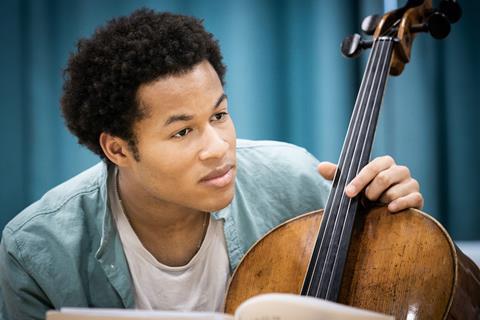 The cellist Sheku Kanneh-Mason is auctioning off a 30-minute private concert and chat for one winning bidder and up to nine guests in aid of the music education charity, Music Masters.

The auction, which will run from 3-10 March on the Music Masters website, is part of a celebratory fortnight, where Music Masters is highlighting the work of its Ambassadors and Artists who visit London primary schools to inspire young music-makers.

Elsewhere in the fortnight (24 February to 10 March), Kanneh-Mason will join musicians including his pianist sister Isata Kanneh-Mason and violinist Nicola Benedetti to perform in the concert Ambassadors for Change. It will take place from 7-8pm on 3 March and will be available for all to watch for free on the charity’s website and its facebook page.