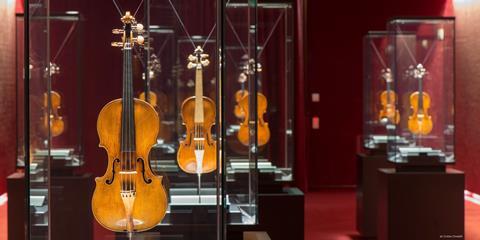 A study published in The Journal of the Acoustical Society of America has identified the timbral qualities that make the sound of a Stradivari violin preferable over others.

The experiment was taken out to evaulate the sound qualities of violins in an attempt to evaluate preferable violin timbres, as well as whether or not Stradivari violins have a distinct sound.

Researchers from the Italian National Research Council (CNR) invited 70 violin makers from Cremona to analyse and compare the timbre of four violins - two modern, one factory and one Stradivari. Based solely on five notes, the listeners showed a marked preference for one particular violin, in this case the Stradivari. The researchers then identified a ‘signature’ that distinguishes the preferred violin sound from those considered less pleasant.

’Thanks to an in-depth analysis of the descriptions provided by the listeners and vibro-acoustic measurements made on the instruments, we were able to describe the preferred sound as one that has a particular balance of “openness”, “clarity” and “nasality”,’ explained Carlo Andrea Rozzi from CNR.

Read: New software allows users to recreate the sound of a Stradivarius

The experiement was conducted double-blind; without the listeners or the researchers knowing which violin was playing during the procedure. Massimo Grassi from UniPadova commented, ’We used a very simple sound stimulus - the musical scale - so that the judgements were guided only by the timbre of the violin and not by other factors such as ”liking/disliking” a particular piece of music.’

’Establishing which aspects of the sound contribute to making the timbre of an instrument pleasant is important for violin making,’ stated Fabio Antonacci from the Politecnico di Milano, ’as it paves the way for the creation of instruments with desired timbral properties. The vibratory measurements made on these violins also have the purpose of building, in the future, a data repository that enables the relationship to be estimated between the way the instrument vibrates and the timbre.’

He continued, ’The results suggest that not all instruments are created equal, regardless of whether they were built by Stradivari; but rather that we can find in the timbre of an instrument the qualities that make it better appreciated by listeners.’

The experiment was conducted with the support of the Municipality of Cremona. The researchers had access to violins from the Historical collection of the Cremona Museo del Violino and acoustics of the Auditorium room for listening tests.