With the itinerant workshop, housed in a van or truck, Lydie Sauzet plans to go wherever the work is 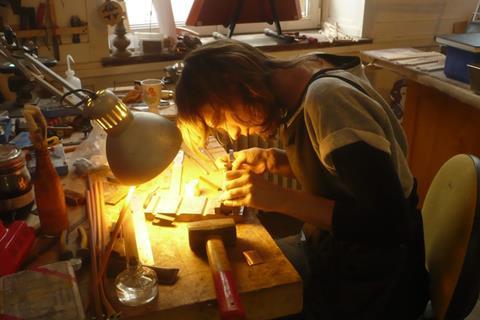 Those seeking the expertise of an instrument restorer on their doorstep will be interested in the work of Lydie Sauzet, a young French luthier currently developing her concept for an ‘itinerant violin workshop’.  Sauzet, who also owns a traditional workshop in Avignon, is in the process of crowdfunding for her project, with the ambition of buying a van or truck so that she can go wherever the work is.

‘There are many conservatories and music schools in towns and villages that don’t have easy access to a luthier,’ says Sauzet on her website. ‘With the itinerant workshop there are no more questions to ask, the only task being to remember which day of the week the truck comes touring.’

Sauzet plans to drive her workshop to establishments located between Occitane and the Provence-Alpes-Côte d’Azur region of France. She is currently raising funds at https://fr.ulule.com/un-atelier-de-lutherie-ambulant/