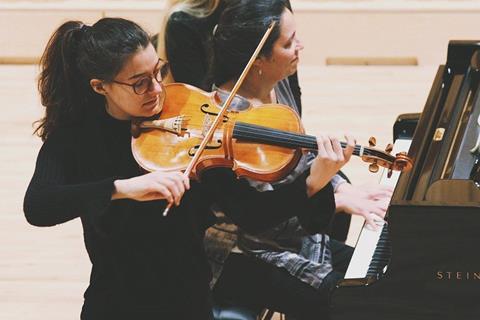 The Cecil Aronowitz Viola Competition, hosted by the Royal Birmingham Conservatoire, Birmingham City University and the British Viola Society, has announced the five competitors going forward to the 24 November final.

The competition, which began on 18 November, accepted 26 young violists from a total of 69 applications from 20 countries.

The five finalists are:

The competition’s first place comes with a cash prize of £5,000, a record deal with Champs Hill and a further prize from the City of Birmingham Symphony Orchestra, to be confirmed. The second and third prizes are £3,000 and £1,000 respectively, while special prizes include a viola bow by Jackson Fornaciari worth £950 for ‘the most promising competitor 18 years and under’ and a bow by Pierre Guillaume worth £5000 donated by Bishop Instruments and Bows for ‘the most outstanding performance of a sonata’ in the semi-finals.

Cecil Aronowitz (1916-1978) was a South African viola player who settled in Britain and was much celebrated as a soloist, chamber musician and teacher, and was the Royal Northern College of Music’s first head of strings.