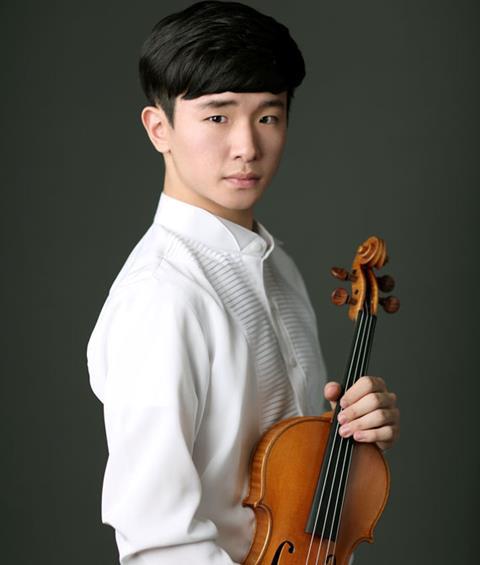 The Seoul International Music Competition, which is this year dedicated to the violin, has awarded its first prize to Donghyun Kim.

The 18-year-old South Korean performed the Sibelius Concerto for the final, and wins a $50,000 top prize plus paid engagement opportunities.

The other finalists were ranked as follows:

The Seoul International Music Competition is held annually, rotating through piano, violin, and voice categories. The previous violin edition in 2015 did not award a first prize, instead placing Ayana Tsuji and Suliman Tekalli in joint second.