Starting on 10 August this year, the 36 young violinists will be competing for the biggest prize pot available in any competition 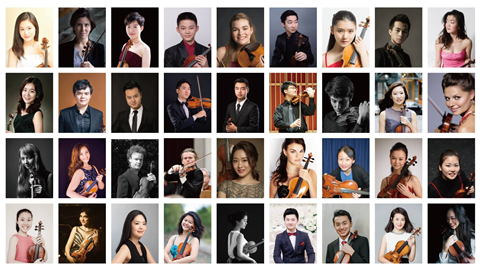 The Shanghai Isaac Stern International Violin Competition yesterday announced the 36 candidates chosen by the pre-selection jury to take part in the live rounds beginning in August.

It is the biennial competition’s second editition – the first was won by Japanese violinist Mayu Kishima in 2016.

The violinists will enter the quarter-final rounds starting on 10 August and progress through semi-final and finals over the course of three weeks.