‘When you find a viola player who has been playing the Walton Concerto stacking shelves in Tesco you begin to weep,’ he said 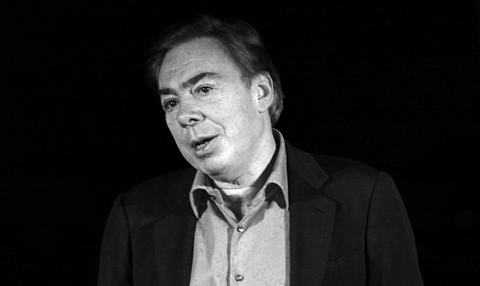 Andrew Lloyd Webber fears for the next generation of musicians as he awaits the results of the UK government’s test pilot events.

The Events and Research Programme (ERP) has tested the Covid-19 transmission rates of audiences attending live events, including the Download Festival and the Brit Awards, but publication of the results, due last week, has been delayed.

Until a report on the safety of the return to theatres and concert halls is released, live performances are unable to take place at full capacity, affecting the livelihoods of musicians, actors and theatre staff.

Lloyd Webber and other leading figures from the live music industry are now taking legal action in an attempt to force the government to release the report.

Read: ‘We are going to become more and more parochial’: Julian Lloyd Webber hits out at post-Brexit visa rules

When asked on radio station LBC about how the last 15 months of the pandemic has affected musicians, particularly newcomers, Lloyd Webber expressed worries about the future of the industry. ‘When you find a viola player who has been playing the Walton Concerto stacking shelves in Tesco you begin to weep. Why does this government really not rate culture? I don’t understand it.’

He continued: ‘Without live theatre, without live music and without live entertainment our lives are immensely poorer. I’m a huge supporter of music in schools. We’ve seen from the Music in Secondary Schools Trust just what an impact on behaviour music and performing music in schools can have. It can transform the pupils’ lives, particularly in rough and tough areas. So everything to do with live performance and live arts enriches the country and our people in ways that are difficult to put into words’.

Lloyd Webber was previously offered the chance to open his new musical, Cinderella, at full capacity under the pilot programme, but declined in solidarity with other theatre owners.

Craig Hassall, CEO of the Royal Albert Hall, commented: ’The chronic uncertainty and endless indecisiveness from government, and pilot events with no published results, have damaged audience confidence and further harmed a sector that has already been decimated by the pandemic.’