New competition aims to invigorate interest in the viola 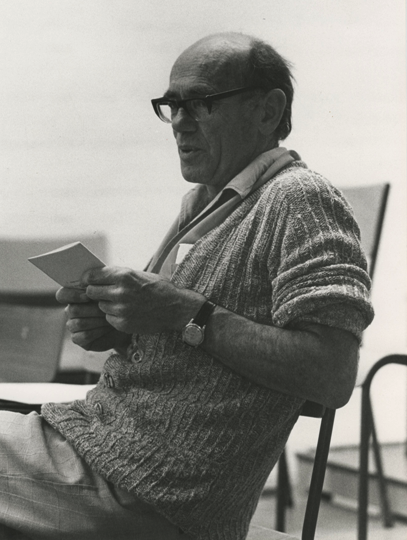 A new competition with a mission to inspire a future generation of viola players will launch at Birmingham Conservatoire, UK, in October 2014.

The Cecil Aronowitz International Viola Competition, named after the 20th century British violist and pedagogue (pictured), is open to players under the age of 21. The first round will be judged by DVD; the semi-final and final rounds will be held at Birmingham Conservatoire from 24 to 26 October 2014.

‘The inspiration behind this competition is to raise the uptake, teaching and performance level of the viola,’ says the conservatoire’s head of strings and competition chairman Louise Lansdown. ‘The stature of the viola as a solo instrument has spiralled throughout the 20th and 21st centuries. We hope to dig out all the marvellous young talents and their teachers for this competition.’

Cecil Aronowitz (1916–1978) taught at London’s Royal College of Music and was the first head of strings at the Royal Northern College of Music in Manchester. He collaborated in projects with the Amadeus Quartet, Benjamin Britten and Peter Pears.

‘He was a vital figure in British viola and chamber music playing – a man passionate about teaching and nurturing young players,’ says Lansdown, who now owns the instrument he was playing when he died in 1978 – he suffered a stroke during a performance of Mozart’s C major String Quintet. ‘We hope that this new viola competition, to be held every two years, will be an inspirational milestone for young players and a fitting tribute to Cecil Aronowitz's memory and legacy.’

A first prize of £2,000 will be awarded, as well as special prizes for the most promising competitor under the age of 15, and the best performances of a sonata, a work by Bach, and Britten’s Lachrymae – arranged specially for Aronowitz by Britten.

Members of the jury – Louise Lansdown (chairman), Simon Rowland-Jones, Emile Cantor, Adam Romer and Nicola Aronowitz (Cecil’s widow) have been confirmed so far – will give public masterclasses and concerts across the competition weekend.

The entry deadline is 1 June.