Mission to save historic London studio 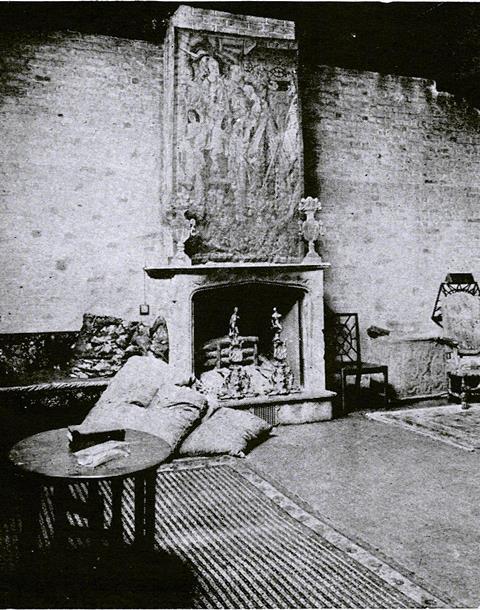 A musician and composer is leading a campaign to preserve a London studio that a century ago played host to legendary artists including Casals, Thibaud, Kochanski and Tertis. Nicholas Lane wants to save No.19a Edith Grove, in Chelsea, for future generations. He said: ‘19a is a fragile document of musical history that is in need of careful conservation, with a minimum loss of the original fabric of the building. But because the building is in Chelsea, it is at constant risk of development.’

In the years 1912–15 the studio was the music room of No.19 Edith Grove, the home of American tenor Paul Draper and his wife Muriel. It was a magnet for leading musicians who came to London for performing engagements in the city’s major concert halls. Albert Sammons, Pierre Monteux, Felix Salmond and many others played chamber music there, and Eugène Ysaÿe, Karol Szymanowski and Artur Rubinstein were among those who stayed with the Drapers.

The house was bombed during World War II but the studio survived. Lane’s late parents took a lease on 19a in 1956 and it has been Lane’s home since he was born. ‘I hope that it will remain a living place of musical creativity,’ he said. ‘I’m desperate to avoid a repeat of what happened to John Ireland’s music studio just a couple of streets away. It was almost identical to 19a, but now that it has been developed, the history has been scoured away.’ Lane believes that the only way the studio can survive intact is if he can raise enough money to buy it from the owners.

Lane’s campaign has the support of leading cultural figures and musicians including Steven Isserlis. The cellist gave an impromptu performance when he visited the studio in June, and said: ‘The Edith Grove studio represents a wonderful aspect of musical history. I can’t think of a building of its kind that has seen such an array of musical legends making music within its walls. It is unique – and irreplaceable. Obviously it needs to be restored – but in the right way, so that it recaptures its history, not as a luxury apartment.’

UPDATE: Lane has already raised a substantial sum to purchase the property, and is now approaching philanthropists and benefactors for the remaining amount.