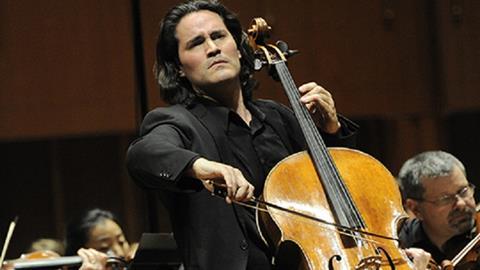 Naxos's album of works by composer Michael Daugherty, featuring cellist Zuill Bailey, has been recognised at the 2017 Grammy Awards with three prizes.

Bailey's rendition of Daugherty's 'Tales Of Hemingway' Cello Concerto with the Nashville Symphony on the album triumphed in the Best Classical Instrumental Solo category. Also nominated in this field were violinists  Leila Josefowicz for John Adams’s Scheherazade.2 with the St Louis Symphony, Christian Tetzlaff for Dvorák and Suk with the Helsinki Philharmonic Orchestra and Gil Shaham for ‘1930’s Violin Concertos, Vol. 2’ with The Knights and Stuttgart Radio Symphony Orchestra.