The violinist performed with the ensemble for over four decades, but had suffered from ill health in recent years 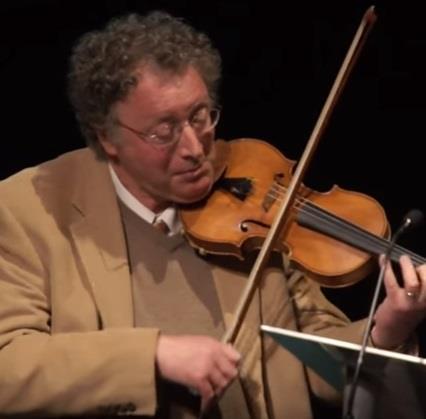 Paul Robertson, who performed as the Medici Quartet's first violinist since its inauguration in 1971, died of heart disease on 26 July at the age of 63. The British musician had suffered from ill health for a number of years and shortly before his death wrote a memoir - 'Soundscapes: A Musician's Journey Through Life and Death' - about his near-death experiences. The book is to be published by Faber and Faber on 1 September 2016.

Robertson founded the Medici Quartet with second violinist David Matthews, violist Paul Silverthorne, and cellist Anthony Lewis when he was just 17 years old. Later Matthews and Silverthorne were replaced by Stephen Morris and Ivo-Jan van der Werff. Together the quartet made more than 50 recordings, including a much-praised complete Beethoven Quartet cycle for Nimbus records, and formed an early partnership with pianist Sir Clifford Curzon, with whom they performed much of the piano quintet repertoire.

Following the onset of health problems Robertson concentrated his energies primarily on the Music Mind Spirit Trust, which he founded with his wife Chika to 'research and explore the neurological, scientific and ethical basis of music, in order to understand its underlying effect on cognitive, social and subjective behaviour'.