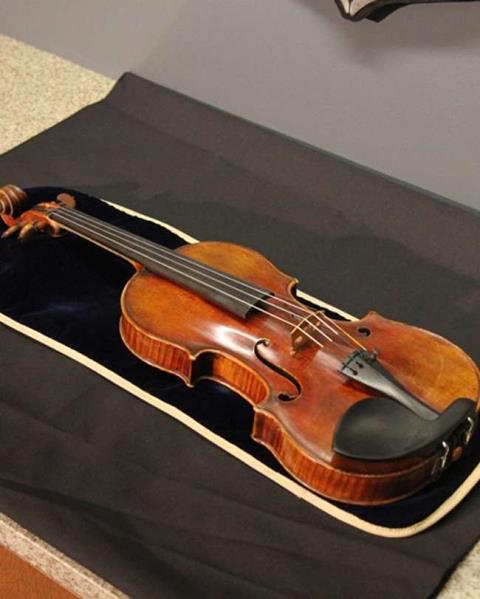 The man accused of masterminding the theft of the 300-year-old ‘Lipinski’ Stradivarius has been sentenced to seven years in prison and a further five years of extended supervision. Salah Salahadyn orchestrated the stun gun attack on Milwaukee Symphony Orchestra concertmaster Frank Almond as he walked to his car following a performance on 27 January, during which the $5m violin was snatched. The criminal had previously been convicted of art theft.

The instrument was recovered undamaged in February, hidden in the attic of a property in the Bay View area of Milwaukee.

At the time Almond testified in court to suffering physical and emotional trauma following the attack:

‘After decades of playing high-end instruments, I considered myself fairly prudent in terms of personal safety and taking care of something so extraordinary as a Stradivarius violin,' he said. 'Even so I could’ve never imagined the unprovoked, violent attack resulting in the theft of something so fundamental to my life.’