The violinist offers practical tips on the first piece of Tchaikovsky’s set of three short works, including audio and sheet music 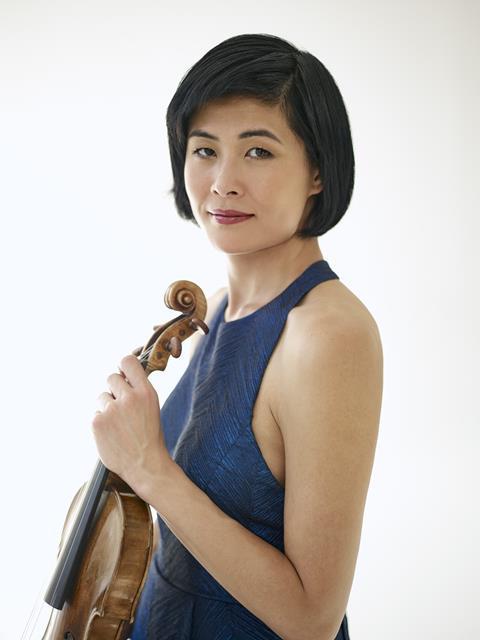 The following extract is from The Strad’s June issue Masterclass: Tchaikovsky Souvenir d’un lieu cher with Jennifer Koh. To read it in full, click here to subscribe and login. The June 2021 digital magazine and print edition are on sale now

The first eight bars of the violin line in Méditation repeat throughout the piece, and the choices of how to play them are numerous. You could stay on the G string, or change within the first two bars; you could slide within the first two notes, change the timing of a shift, or slow down your vibrato. Use your different tools at different times, to build up the colours as you go.

The material in bar 40 repeats from bar 47 with the same dynamic, but this time the phrase is longer, going up to fortissimo, so I like to give it a darker colour on the G and D strings through bars 48–50, and then to climb high up the A string in bar 51. I don’t move to the E string until I’m near the fortissimo range for the last few notes of bar 52.

Think about what kind of journey you want to create for the faster notes in bars 42, 50 and 52–54: where do you want to brighten the sound by going on to the E string? Do you want to start on the D string, or even the G string? I like these upward gestures to have a ballet-like but Mozartian elegance and style, like the uplift of a dancer jumping.

Also consider how the fortissimo for the run in bar 53 compares to the fortissimos in bars 101, 136 and 154. Look at the entire piece to figure out what the climaxes and calmest moments are, and build up structurally from there. Which one do you want to play the most, and how are you going to build into it? Fortissimo only means ‘strong’, and that strength doesn’t necessarily have to come from volume.

In bar 72 there’s a return to a slightly darker timbre of sound, before the build-up from bar 75 to the high A in bar 82. I delay going on to the E string for as long as possible in bars 75–80, but in bars 81–82 I use it much earlier for more contrast and brilliance. The speed of vibrato that you choose is incredibly important to build intensity here.

I see bar 103 as dynamically the smallest and quietest point in the piece, in contrast to the opening. It’s a fragile return to what came before, as though we’re coming home, but now ‘home’ is something different from what it was two years ago, before the pandemic. I still play it on the G string but without as many slides, to show more fragility. When I do slide, I do it lightly and balletically, on the old finger instead of the new one, for a simpler sound.

The crescendo from bar 177 is only poco and it’s also high on the E string, so there’s no danger of being covered or muffled. You can play it as quietly as you want, just increasing in intensity by using a narrower, faster vibrato in the left hand, rather than increasing in dynamic using the bow. 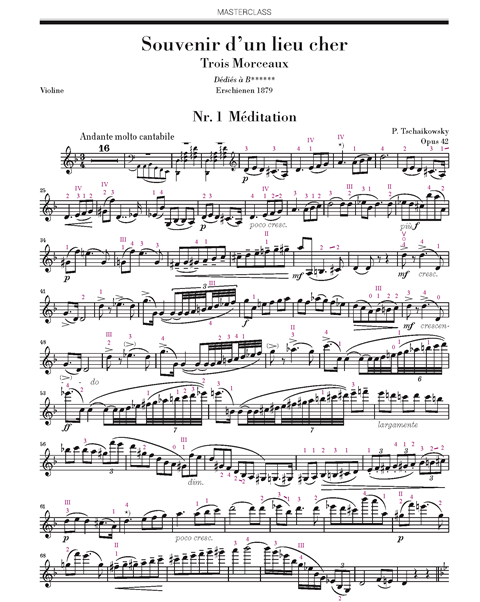 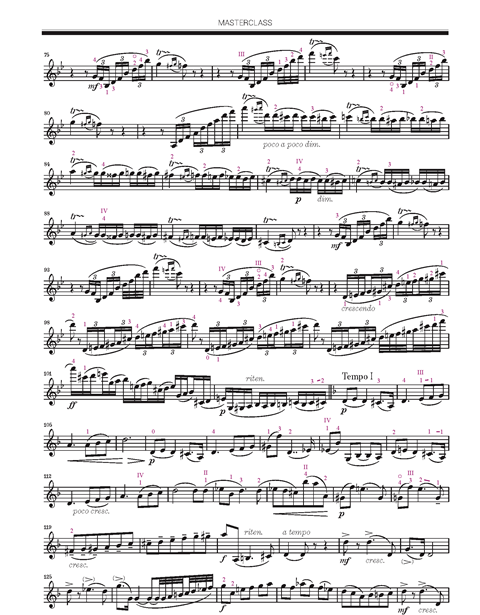 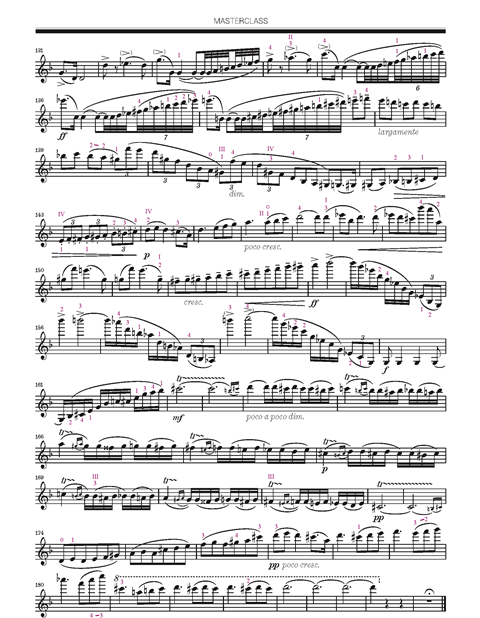