Angel, who was conducting a Maggini Quartet course in Oxford at the time of his death, performed as the British ensemble's second violinist since its inception in 1988 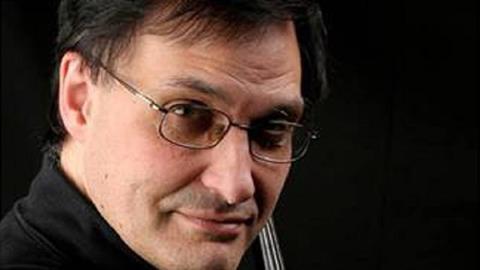 Maggini Quartet co-founder and second violinist David Angel has died suddenly of a presumed heart attack at the age of 62. The British musician was conducting a Maggini Quartet course in Oxford at the time of his death.

Angel was a graduate of the Yehudi Menuhin School, where he studied with Yehudi Menuhin, Frederick Grinke, Jacqueline Salomons and Nadia Boulanger, and of London's Royal Academy of Music, where he continued his studies with Grinke alongside chamber music coaching from Sidney Griller.

In 1993 he was appointed professor of quartet playing at Birmingham Conservatoire, and was also an honorary fellow of Canterbury Christ Church University and Brunel University.

'He died doing what he loved and excelled at – playing, sharing and teaching his total passion for music,' wrote Angel's fellow quartet members Julian Leaper, Martin Outram and Michal Kaznowski.  'A human and musical giant for all who knew him and were fortunate enough to work with him. Our thoughts and prayers are with his family and his many colleagues.'