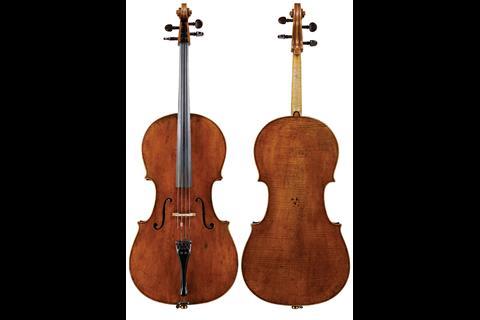 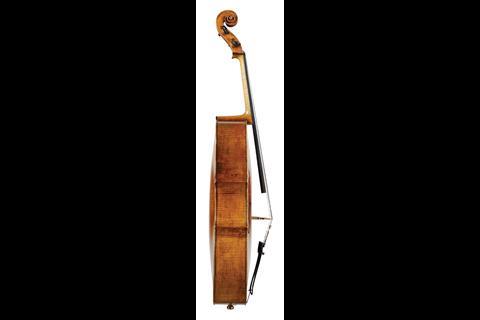 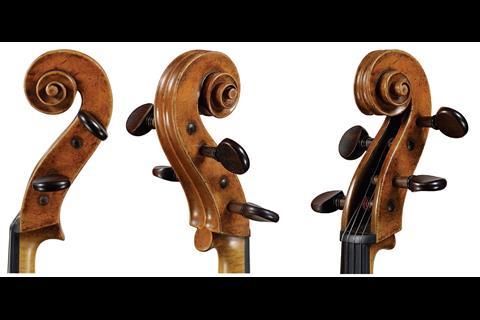 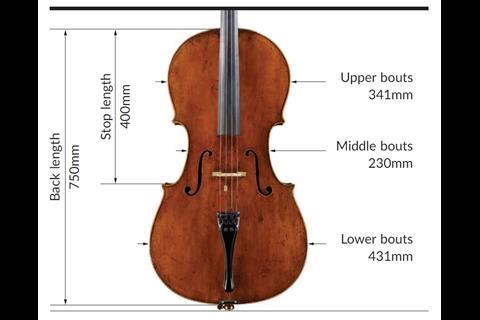 From a Turinese maker with a relatively short but successful career, from which only a handful of instruments survive, comes this elegant cello. Article by Simon Morris

Giovanni Francesco Celoniato began making violins in Turin after 1710. He created most of his instruments between 1720 and 1740, retiring in 1746 owing to illness. He established himself as the most important maker working in Turin at that time – he had connections to the royal court, where his sister was a lady-in-waiting to a princess.

Although Celoniato was reputed to have been a pupil of Gioffredo Cappa, his work is closer in style to that of Spiritus Sorsana and Henricus Catenar. His eldest son, Giovanni Giuseppe Celoniato, is known from a few violins of the 1720s, and his youngest son, Filippo Antonio Eugenio (known as Eugenio), made one surviving example of a curiosity of that century: a Baroque instrument known as a pochette d’amour.

Celoniato was not a prolific maker and, as far as is known, there are around eight examples of his cellos still in existence, some of which show the involvement of his presumed pupil Giovanni Battista Genova. By 1917 the Hills were familiar with just five cellos and eight violins by Celoniato.

The cello shown here was owned by a distinguished Dutch musical family for many years, and is now on loan through Beare’s International Violin Society to Jessie Ann Richardson of the UK-based Piatti Quartet.

The instrument embodies much of the character that can also be seen in Celoniato’s violins, particularly in the choice of fine materials and the refined varnish, as well as in the neat, carefully executed woodwork.

The model for this instrument seems to have been influenced by the B-form pattern adopted by Antonio Stradivari in Cremona a few decades earlier. It may well be that Celoniato came to the same conclusions as Stradivari concerning the most suitable model for the more florid playing that was required of cellists at the time. This cello certainly elicits an easy response and a very even quality throughout, with a surprisingly deep bass given the narrow model.

The ribs are set into a channel on the back, and the linings and purfling are of beech – all characteristics that one expects to find with Turin makers of this time.

The head is typical of the style found in cellos by this maker, with the elegant narrow pegbox tapering into an open throat, giving the scroll a distinctive appearance when viewed from the side. The back of the head is deeply fluted to each side of the central spine, but flattening at the bottom.

The f-holes are not as slanted as those seen on Celoniato’s violins, and are slim and refined, reflecting the spirit of the whole instrument. Varnish Celoniato’s golden honey-coloured varnish displayed by this example is of fine quality, and contrasts with some of the lighter and yellower tones found on his violins.

With thanks to Philip Kass for historical information