From the archive: a c.1700 cello by Pieter Rombouts from the workshop of Hendrick Jacobs, Amsterdam

This cello was featured in a two-part study by John Dilworth of Dutch maker Hendrick Jacobs in the September and October 1991 issues of The Strad. The following is an extracted from that article 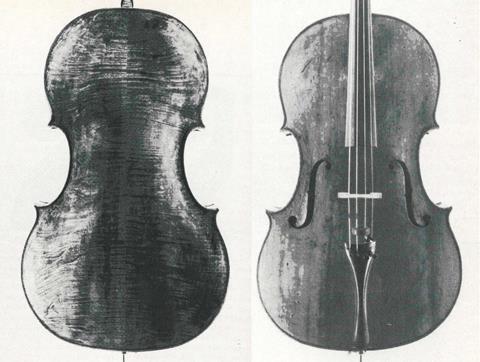 The cello illustrated … shows the differences emerging between the styles of Jacobs and Rombouts. All the celli from the shop were to a greater or lesser extent made by Rombouts and characteristic traits such as the widely spaced ‘F’ holes and narrow, deeply sunk edges appear. Excessively widely spaced ‘F’s’ and wide purfling are also features of instruments by Van der Sidje, a contemporary in Amsterdam.

On the whole, the design is still Cremonese, the scroll … bold in design, geometrical and regular, and flatly undercut with delicate chamfers. The rounded shoulders and deeply scribed centre-line depart from Cremonese custom, however. The arching of the back is extremely high, contrasting with a much flatter front, reminiscent of some of the great Guarneri celli, or even Montagnana at his most restrained, although this comparison is undermined by the extremely wide (2.5 mm) whalebone purfling. 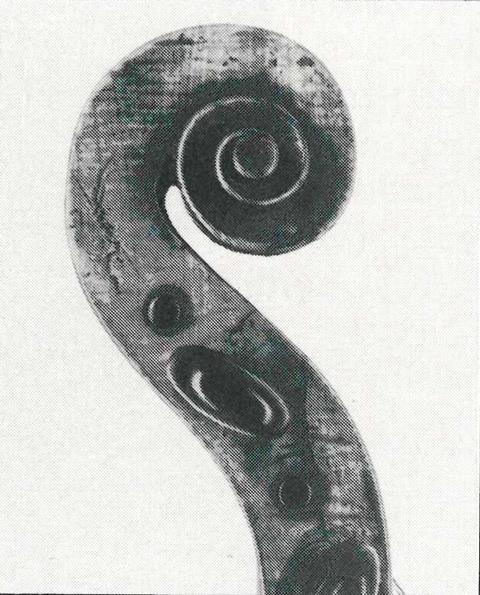 Rombouts should be recorded as a particularly successful builder of celli, a task that his master was apparently reluctant to take on. The workshop seems to have produced several five-string celli, instruments often seen in contemporary paintings, but most of these have been cut down in the pegbox and body width.

Jacobs died in 1704 (contrary to previous accounts of his death in Leiden in 1699), having moved to the Botermarkt (now known as the Rembrandtsplein) in Amsterdam and was buried on December 31st in the Nieuwezijdskapel. Verbeek had moved out of the workshop by 1681, his address thereafter being given as Warmoestraat, possibly to assist the widow and daughter of Boumeester, who died there in the same year. Rombouts took over the workshop and carried on the name of.

The appearance of the Jacobs label, with the printed date of 17— has been a source of confusion, especially when it was believed that Jacobs had died before the end of the 17th century. We now know that these labels could well have been printed during Jacobs’ lifetime, but even so, Rombouts continued to use them in instruments made entirely by himself, long after Jacobs’ death. He did this presumably because his master’s reputation was established , and work was easier to sell that way – in other words, for commercial expediency. Instruments with authentic ‘posthumous’ labels also exist from Kleynman, probably made by his son David, and Boumeester, which gives the impression that it was common practice at the time. Somewhat later, the Frenchman Delannoy took over the Amsterdam workshop of Lefebvre, retaining the deceased proprietor’s name.

In fact, after 1708, the earliest known appearance of Rombouts’ name in an instrument (a viola da gamba in the Gemeentemuseum, The Hague), there is a decided falling off in productivity, indicating that his lack of confidence in his own name was well-founded. Giskes has shown that Rombouts may not have been dependent on his own work for his living, since his wife was independently wealthy, with an estate worth over 50,000 guilders. All this implies an ambivalent attitude towards his work, which is not entirely borne out by the instruments themselves.