From the Archive: December 1951

In his lifetime, Tossy Spivakovsky (1906–98) was known for his innovative bowing style. Samuel Applebaum visits him at home to learn his secrets 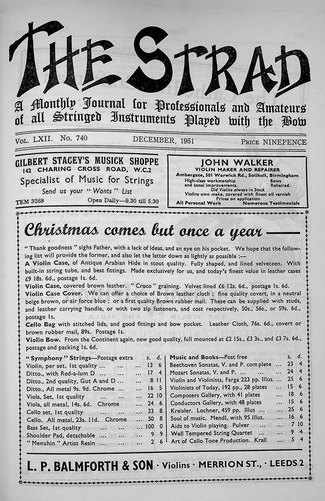 Our meetings with Tossy Spivakovsky have been immensely stimulating. American audiences are aware now of his peerless artistry. He commands large audiences throughout the country, and his recent recordings reveal his keenness as an interpreter.

In his home in Connecticut we have spent many hours discussing the various phases of violin technic. On phrasing, Spivakovsky stated with firmness, “So much should be done by the artist away from the instrument. He should analyse each phrase; make a deep study of it. In a large phrase, its small sections should be clearly defined. Specifically, how can one bow to successfully achieve a more musical performance? There is much that can be done. First, we must stop being slaves of tradition. Many times we bow passages purely for mechanical convenience, though we may realize the musical result is inferior. We must think in terms of the music when we bow, not our convenience. We must get musical results even though much of the bowing may not be conventional.” 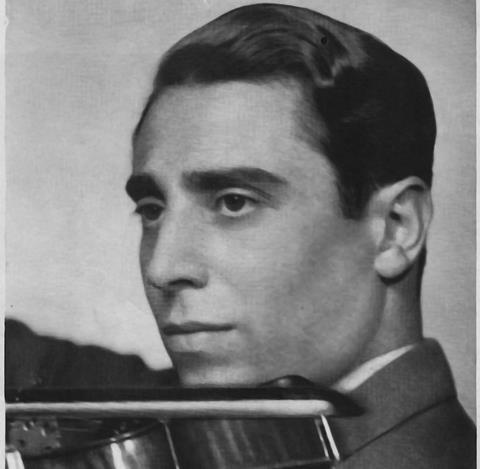 “Many fine players,” he went on, “believe that the beginning of each measure should be a down-bow, and are always striving for this end. Musically, this is not always good. Many phrases should begin with an up-bow, even though at the beginning of a measure.”

Spivakovsky advised: “In working out the bowings we must always sing the passages in our minds. This develops a genuine musical approach. It is amazing,” he declared, “how many times I have altered the bowing of a phrase after I have sung it a few times!” And, “Every string player should concern himself with the art of bel canto.”

It is an exciting experience to hear him play Bach. It is tremendously interesting to hear how he performs all of the three and four voice chords. He uses a regular bow (not the so-called Bach bow) and yet miraculously sustains three and four voice chords longer than we customarily hear them. His performance of the Chaconne comes closer to Bach’s original intent, in which all the voices are held nearer to their actual value.

In my opinion, string players should do a great deal to develop this technic. Spivakovsky has adopted a bow position far different from other violinists. He told us, “I have experimented for years with the various bow positions and have adopted this position not because it is best suited for me, but because with it I feel able to achieve greater bow control, more even tone, and most of all, greater power with less effort.” There is no doubt that sustaining chords becomes much easier with Spivakovsky’s method of bowing.