The musician performed with the orchestra for 48 years 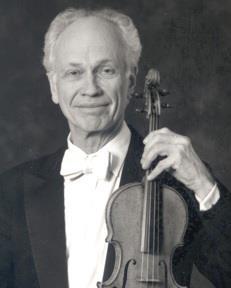 Boston Symphony Orchestra violinist and conductor Ronald Knudsen has died at the age of 83. Following stints with the Baltimore and Detroit Symphony Orchestras, Knudsen joined the BSO in 1965 and retired in August 2013, after 48 years with the ensemble.

The US violinist was born in Nebraska and studied at the MacPhail School of Music in Minneapolis and the Peabody Conservatory in Baltimore, followed by a fellowship at the Tanglewood Music Center. In addition to his Boston orchestral duties, he was the founding violinist of contemporary group Collage and a founder of the Curtisville Consortium, a chamber music ensemble of BSO players, in 1971.

Knudsen served as music director of the Brockton and Newton Symphonies, and the New Philharmonia Orchestra in Massachusetts. In June 1990 he made his conducting debut with the Boston Pops Orchestra and regularly appeared on the podium with the ensemble for more than ten years.