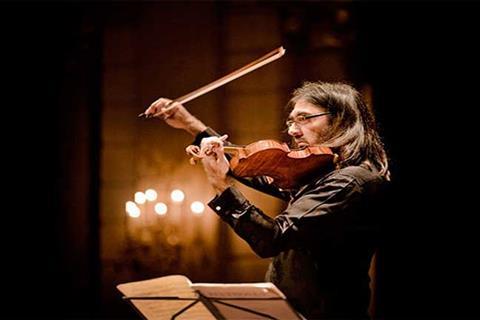 Born into a musical family in Athens, Leonidas Kavakos began playing the violin at the age of five, later enrolling in the Hellenic Conservatory where he studied with Stelios Kafantaris. The winner of several international violin competitions, including the Sibelius, Paganini and Indianopolis, he has performed with orchestras all over the world, and has an extensive discography including a world premiere recording of Sibelius's Violin Concerto, in its original 1903/04 version. Kavakos is also a keen chamber musician, annually presenting his own chamber music festival in Athens, and, recently, has developed a parallel career as a conductor: he conducted the London Symphony Orchestra for the first time in 2014.