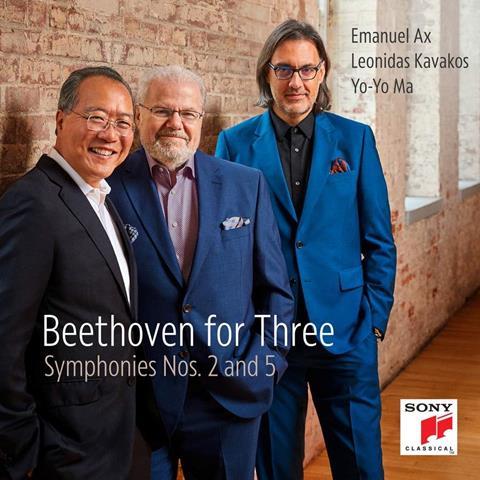 In the 18th and 19th centuries, composers used to prepare (or authorise) chamber arrangements of their orchestral works to enable a wider audience to play, hear and – jsut as importantly – buy their music.

It could be argued that such exercises in reduction are redundant now that you can hear virtually everything at the click of a mouse, but it’s more to the point to enjoy the performance on its own terms, revelling in the virtuosity of the players and the ingenuity and imagination of the arranger. In this case it’s not a 19th-century reworking of the ‘Pastoral’ Symphony but a new one by Shai Wosner. Look elsewhere if the absence of plump woodwind tone or the lack of thwack from timpani is likely to discombobulate you. Come to this winning performance instead to hear the way the work’s musculature ripples under its melodic skin. The blend and balance between these three hugely experienced players is just about ideal in the relaxed outer movements and in the ‘Scene by the Brook’, while the ‘Peasants’ Merrymaking’ is as rustic and playful as the ‘Storm’ is disruptive.

I suspect Kavakos and Ma are incapable of making an ugly sound. They are just as urbane and sophisticated in the C minor Piano Trio – very much an 18th-century work, in which the young Beethoven, newly arrived in Vienna, imprints his own emerging musical personality upon the forms and styles he inherited from Mozart (dead barely four years) and Haydn (very much still alive). This is Ax’s stamping ground and he brings his string-playing friends along with him for a performance that beguiles and delights from beginning to end.