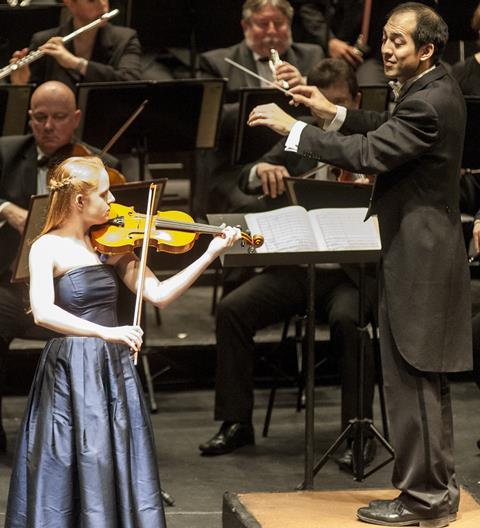 A 15-year-old violinist from Johannesburg has taken the top laurels at the 2013 Artscape National Youth Music Competition for pianists and orchestral instrumentalists.

Frances Whitehead from Dunkeld, Johannesburg, received ZAR25,000 and a gold medal as overall winner. She also won the string category prize and the award for the best performance of a concerto in the finals on 5 October in the Artscape Theatre, Cape Town. As part of her first prize she will perform at Hilton College in KwaZulu-Natal in 2014.

Whitehead currently studies with Australian-based teachers Kim Bishop and Haruo Goto, receiving her lessons via Skype from her home in South Africa. In 2011 she was awarded second prize and the best string player award at the Hubert van der Spuy Competition, and this year she came third in the string category of the Yamaha Young Performing Artists (YYPA) Competition.

Twenty-three contestants from South Africa competed in the contest. Joint string category runners-up were cellist Misha Favis, 17, from Johannesburg and Jonathan Mayer, 18, a violinist, from Sandton.