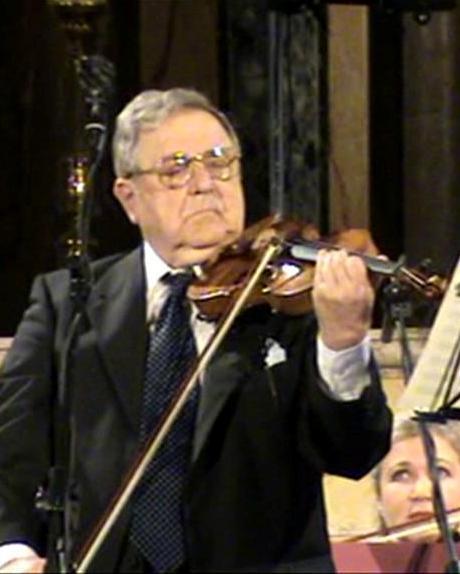 Italian violinist and pedagogue Angelo Stefanato died on 6 October at the age of 88. Born in 1926 in San Stino di Livenza, near Venice, Stefanato was accepted into the Conservatorio Tomadini di Udine aged ten, having been noticed by the violinist–composer Vittorio Fael. He went on to study with Váša Príhoda in Salzburg, and gave his first concert as soloist with the Orchestra of Salzburg aged 18.

Following his graduation, he began an international career as a soloist. Italian composers such as Riccardo Malipiero, Virgilio Mortari and Giulio Viozzi dedicated violin works to him. In chamber music, he collaborated with the Chigiano Quintet, Ferro Quartet and Milan Trio, although he was best known for a series of duo performances with his wife, the pianist Margaret Barton. He also toured with the chamber group I Virtuosi di Roma at the invitation of its founder and conductor, Renato Fasano.

In the 1980s Stefanato turned to orchestral performance, serving for 15 years as concertmaster of the RAI National Symphony Orchestra in Turin. He also became professor of violin at the Accademia di Santa Cecilia (ASC) in Rome. In 1976 he was awarded the Sagittario d'Oro, an international arts prize sponsored by the municipality of Rome, and in 1983 he was made an academician of the ASC. He retired to Isola del Giglio, an island off the coast of Tuscany, giving his last public performance in June 2012.