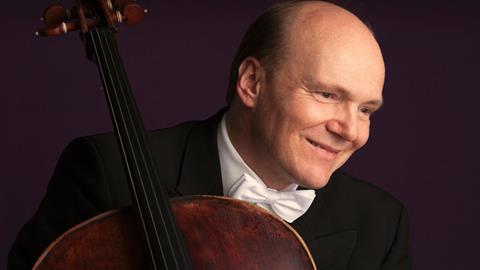 The following quotations are taken from a larger feature on cellist Truls Mørk, originally published in The Strad's February 2005 issue.

On creating a personal sound

'For me as a string player, the most important thing is that there’s an intuitive understanding of the sound. From the beginning [as a student] I had a clear idea of what I wanted to make of the sound and it has been something I have worked very hard on. I was never so eager to play virtuosic pieces as to play one tune with the right sound – maybe because I use music as my expression. I feel, as a performer, that my aim is to be able to understand the character of a work, go into it and express it and explore it.'

'When a recording goes well, I love it. It is actually a very musical process. Just making an interpretation for record is involving. Of course there are often time limits, which can make the experience stressful. But you can also learn as you go on, take some risks that perhaps you wouldn’t in the context of a live performance. You can actually learn a lot about your own music making as a result of being in the studio.'

'[In the past] I could never be at ease with what chamber music was about – to be open, flexible yet determined with your own ideas. Either I tried too hard to give or I tried too much to follow. I never could settle in either role. That has been the challenge – but it’s also now the thing I enjoy the most. I think the main motivation behind me setting up the Stavanger Festival [which Mørk directed for 13 years until 2003] was to play chamber music. I liked the idea of putting together groups of artists in unique ways, not just the usual constellation of big names who play everywhere. I didn’t just want to create something ordinary – I wanted to have a mix of styles and varied programming.'