‘It was a very different way to look at music’

Marking the twelve days of the festive season, The Strad presents memorable quotes from the archive. On day three, Truls Mørk recalls working with Lutoslawski on his Cello Concerto 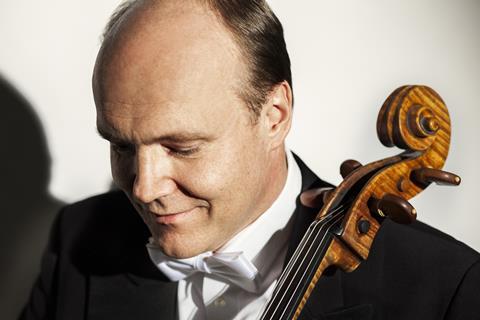 In this extract from The Strad October 2010, the Norwegian cellist remembers discussing points of interpretation with the Polish composer

‘I was lucky to work with Witold Lutoslawski and to get to know him a little. I played his Cello Concerto, which is a work of genius. I also used to listen to his Third Symphony. It’s an incredible piece in its overall construction and all the small, talkative voices. As he went on his music had more of a melodic quality, which he tried to create without looking back to the Romantics. When I first went to play the concerto for him, I asked him lots of questions.

‘I thought the piece was about an individual who was harassed and chased by brutal forces. I asked him what he thought of that interpretation, if he had an idea like that. He said, ‘No, absolutely not. It is just music.’ No other symbolic meaning or anything – ‘It’s just music.’ He wanted all the small things to be like small sentences and shapes. For me it was a very different way to look at music. I always tried to find a connection with the emotional side, and I think there’s so much emotion in this music, but he didn’t want to look at it from that perspective.’