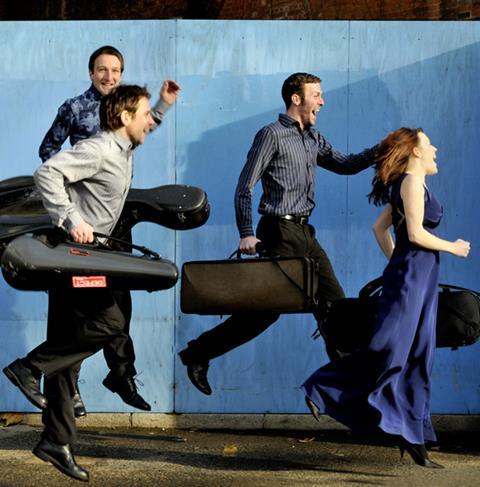 The Heath Quartet received the Young Artists award at the UK's Royal Philharmonic Society (RPS) Music Awards this week. The quartet (pictured) was the first ensemble in 15 years to win the award.

Other winners at the RPS Music Awards included the Britten Sinfonia and Sheffield-based chamber music organisation Music in the Round. Composer Rebecca Saunders won the chamber-scale composition award for her string quartet Fletch, which was premiered by the Arditti Quartet at the Wigmore Hall in November 2012.

The RPS earlier announced the winners of two prizes for young string players. The Wu Quartet won the inaugural RPS Albert and Eugenie Frost Prize, receiving £5,000 towards career development. The winner of the RPS Emily Anderson Prize for young violinists was Benjamin Baker, who received £2,500.